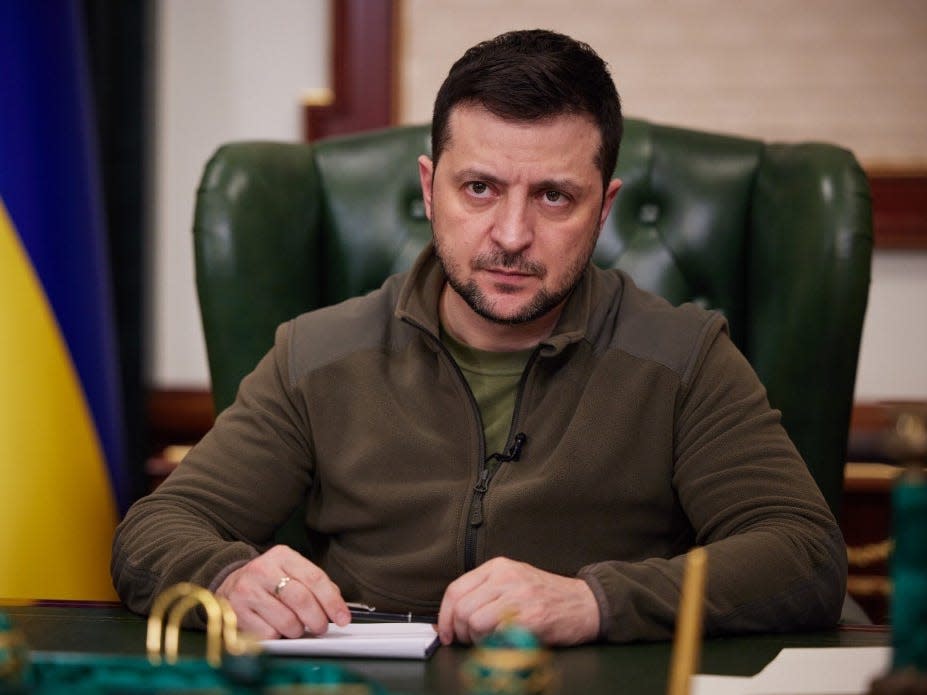 Ukrainian President Volodymyr Zelenskyy said the worst conversation he had had since the start of the war in Ukraine was with a European Union politician who asked him if the war had been staged.

“There was a bad situation with a top EU politician. I don’t want to talk about it. He basically said: show us the proof that this was not all staged. May your people is really dead,” Zelenskyy said in an interview with BILD. journalist Paul Ronzheimer on Friday.

Zelenskyy declined to name the politician or when exactly that conversation took place, but his remarks come after a number of atrocities across Ukraine.

On Friday, two Russian rockets hit a train station in Kramatorsk, Donetsk, killing at least 50 people and injuring 100 others. Pavlo Kyrylenko, the governor of the Donetsk region, which is part of the Donbass region, said five of those killed were children.

“I’m sure he has no idea what’s really going on. He gave his order but doesn’t know exactly how many people are dying every day and what is actually happening. How many people, how many children are dying, how many buildings are being destroyed, are being burnt down,” Zelenskyy said. “He doesn’t know about any of this and he doesn’t want to know. He just needs a result.”

The Kramatorsk attack follows news of the discovery of the bodies of hundreds of civilians in the Ukrainian suburb of Bucha.

Zelenskyy told Ronzheimer there was still more destruction to be found.

“Some towns have been completely destroyed. Some towns just don’t exist anymore – no more buildings, no more people. I don’t know what we’ll find there,” he said.

BILD is owned by Axel Springer, the parent company of Insider.