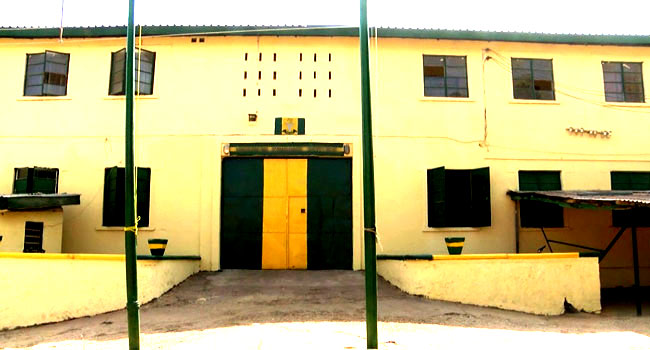 Why every politician, civil servant should go to jail – Orji Kalu – Channels Television

Former Abia State Governor Orji Uzor Kalu believes it is necessary for politicians and civil servants in Nigeria to go to jail.

Kalu, a presidential aspirant and lawmaker representing the Abia-North Senate District, described the prison as a center of learning.

“I’m not guilty, I’m as free as anything,” he said Friday during his appearance on Channels Television Politics Today where he answered questions about corruption allegations against him.

“They put me in jail to the glory of God and the Nigerian people should thank them because I am better off today being there.

“I lost nothing, I went there to learn, it was a learning institution, and every politician and every civil servant must go there and learn; they will have another perspective on life.

A Federal High Court in Lagos had sentenced Kalu to 12 years in prison in a judgment handed down in December 2019.

But the judgment was later overturned by a seven-man Supreme Court panel in a unanimous verdict in May 2020.

READ ALSO: Tinubu is no threat to my 2023 presidential candidacy, says Orji Kalu

Declaring the former governor’s conviction null and void, the Supreme Court ruled that Judge Mohammed Idris was already a judge at the Court of Appeal when he handed down the judgment convicting Kalu.

During Friday’s interview, the lawmaker alleged that certain people, including a former president, were responsible for his difficulties.

Rather than being sad about going to prison, he pointed out that his detention for about six months was a blessing for him and an opportunity to see life from a totally different perspective.

“The average Nigerian knows that I have committed no offence,” said Kalu who insisted he was not corrupt. “There were 19 witnesses in court, and nobody mentioned my name, and somebody paid somebody to put me in jail for six months, and I thank God for going there.

“It was a glorious thing; it’s the best thing that God ever did for me, to be able to put me at the lowest end of the world. Notice, I was supposed to be in Wuhan on December 9, 2019, and people put me in jail on December 5; it is to the glory of God.