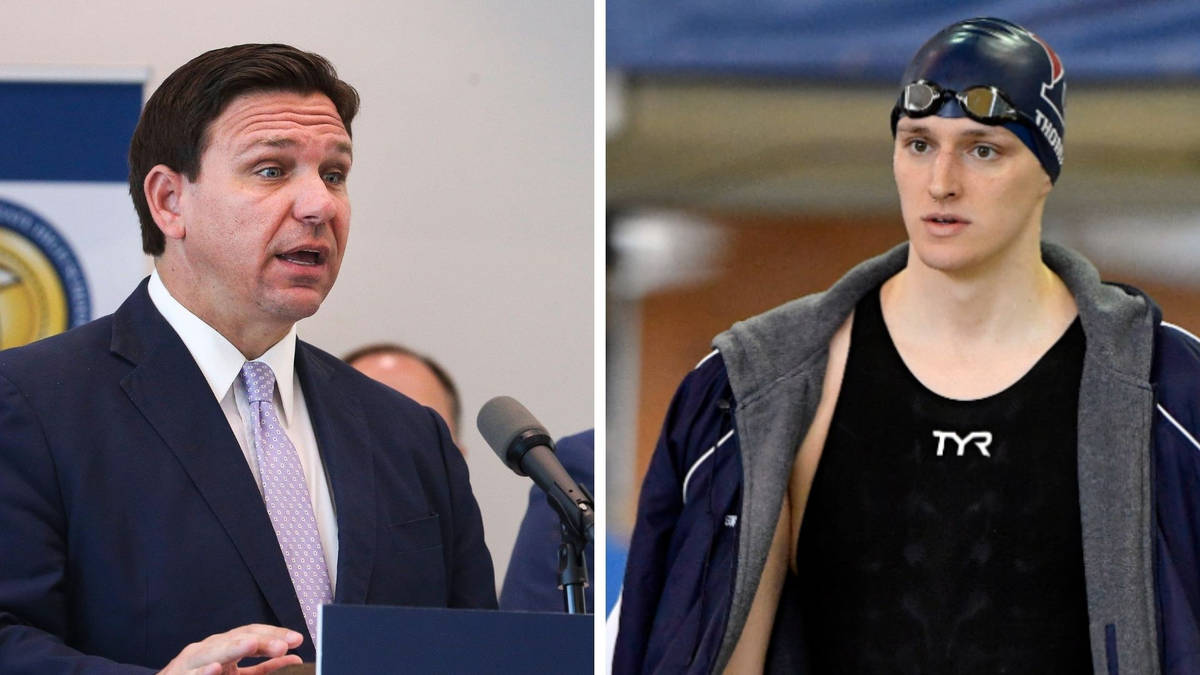 The governor of Florida says the transgender winner of a women’s varsity swim race mocked the competition and declared the second winner.

The race sparked controversy as some sportsmen said Ms Thomas should not have been allowed to compete, saying she had an advantage.

She was born male and swam on men’s teams before undergoing hormone therapy in 2019.

Read more: Swimmers protest on the podium after being beaten by transgender Lia Thomas

Read more: ‘A trans athlete stole my place in the final’: Swimmer who lost to Lia Thomas breaks silence

By allowing men to compete in women’s sports, the NCAA is destroying opportunities for women, mocking their championships, and perpetuating fraud.

In Florida, we reject those lies and recognize Sarasota’s Emma Weyant as the top female swimmer in the 500 Freestyle. pic.twitter.com/tBmFxFE3q6

He said: “She had the fastest time of any woman in college athletics.

“Now the NCAA is basically trying to destroy women’s athletics, they’re trying to undermine the integrity of the competition and they’re crowning someone else women’s champion and we think that’s wrong.”

He tweeted: “By allowing men to compete in women’s sports, the NCAA is destroying opportunities for women, mocking their championships and perpetuating fraud.

“In Florida, we reject these lies and recognize Sarasota’s Emma Weyant as the top female swimmer in the 500 Freestyle.”

Reuters said the NCAA did not immediately provide a response.

Ms. Weyant, who competes for the University of Virginia, won silver in the 400m individual medley in Tokyo last year.

In Thursday’s race, she finished 1.75 seconds behind Ms. Thomas of the University of Pennsylvania, while Erica Sullivan, who won silver in the Tokyo 1,500 freestyle, was third.

An image of Ms Weyant and Ms Sullivan taking a photo with another swimmer, Brooke Forde, showed the three posing together, separately from Ms Thomas, on the podium.

Ms Sullivan later denied it was a protest and insisted it was taken “out of context”, according to reports.

Ms Thomas told ESPN: “I try to ignore it as much as possible, I try to focus on my swimming, what I need to do to get ready for my races and I just try to block out everything else. .”