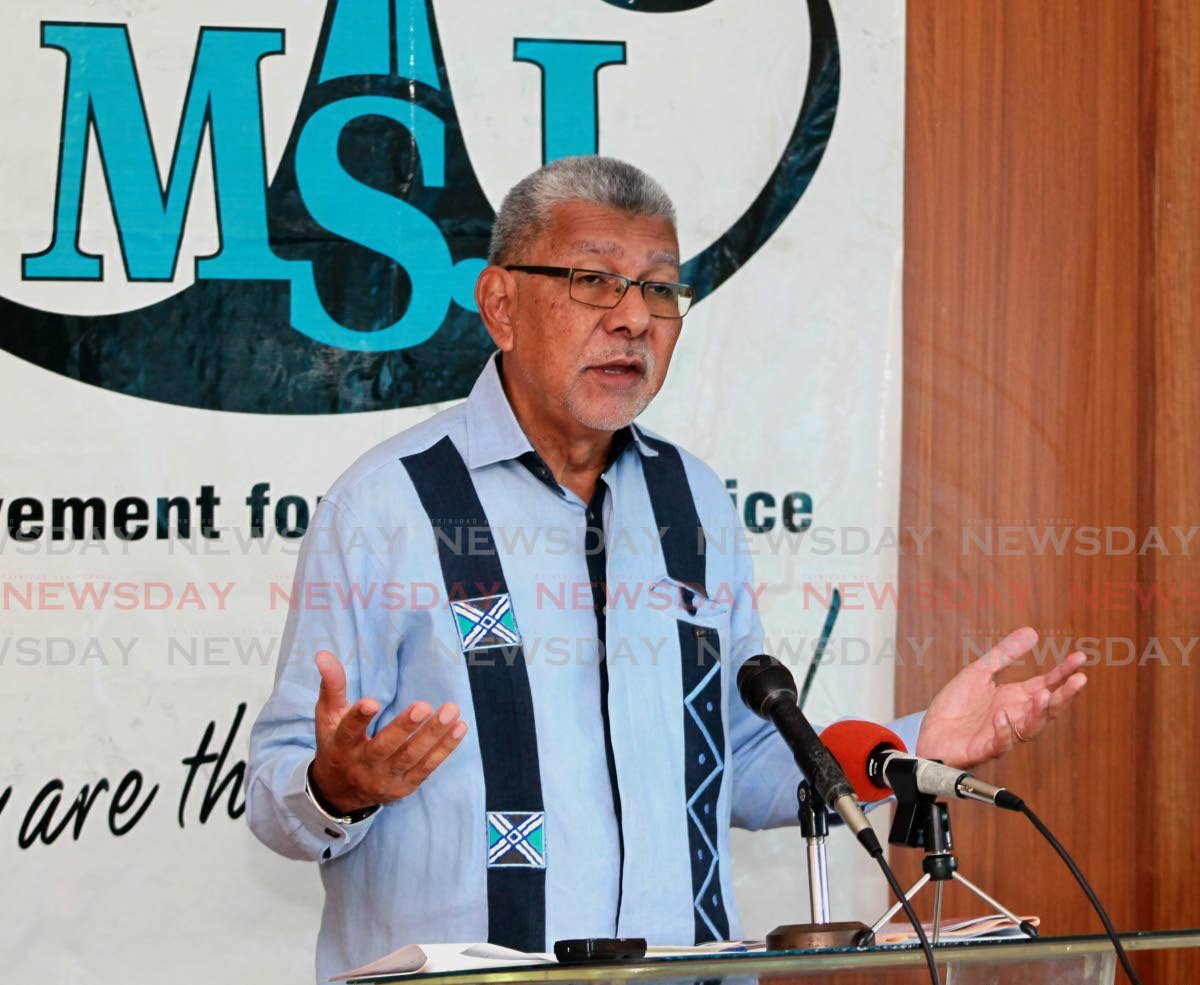 THE Movement for Social Justice (MSJ) calls for the “unmasking” of the public official who then “hijacked” the Chairman of the Police Services Commission (PSC) Bliss Seepersad to provide the merit list of people for the post from a senior policeman, to The President.

At a press conference on Sunday, the political leader of the MSJ, David Abdulah, said that the person who “attacked” then President Seepersad, must be known to the public.

â€œWe (the public) need to know who is the public official who hired the PSC president, which meant that she did not hand the list to the president.

â€œWe cannot have a process that is supposed to take place without any political interference in accordance with our Constitution,â€ Abdulah said.

He said it amounted to a constitutional crisis and strongly disagreed with the prime minister who said there was no crisis.

â€œHe’s dead wrong with that. A senior official intercepted, intervened, harassed the president of the PSC, provided him with information to persuade him not to submit the merit list to the president, after the PSC reached consensus on who should be appointed police commissioner, â€Abdulah said. .

“This is a major constitutional crisis and it should not have happened.”

He said that there is a process in which politicians can intervene in the appointment of a prominent policeman, that is, when he is presented to Parliament, when a simple majority can decide who is the most suitable candidate and who is not.

“Do we want a ‘badjohn’ sheriff … the wild west type where everyone has a gun and who has more guns and who’s faster who wins?”

â€œOr do we wish an intelligence-driven, data-driven police service had access to the tolls of artificial intelligence that is primarily engaged in community policing versus restoring trust in the community? ” He said that was the kind of discussion that needed to take place and that it was largely a matter of determining who would be the next police chief.