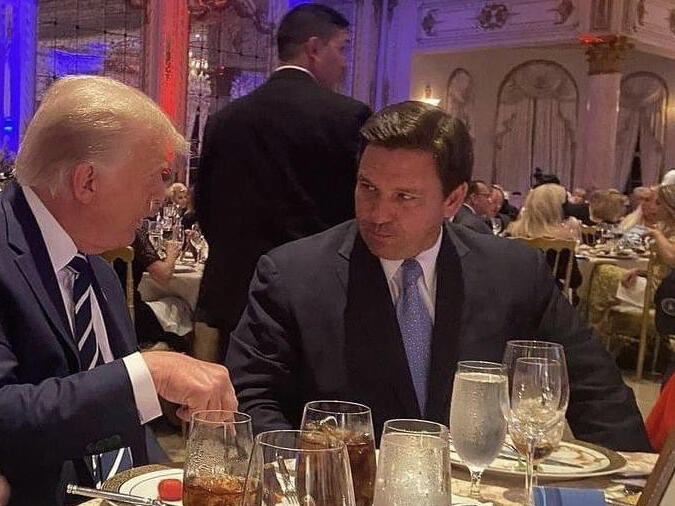 Trump made DeSantis the politician he is today. | Matthew C. Woodruff

Ask former President Trump and he’ll tell you that without him, DeSantis would still be an unknown state legislator. In an interview with NYT reporter Maggie Haberman, Trump said it was his endorsement that got DeSantis elected governor of Florida. Trump was also quoted as saying he was responsible for electing DeSantis. Since DeSantis barely made it through this election, winning by less than half a percentage point, Trump is probably right.

DeSantis, contradicting all known scientific evidence of virus control at the time, refused most Covid restrictions, resulting in Florida having one of the highest Covid death tolls in the country , and caused several districts to oppose his leadership, which he then threatened. with withholding education funds from.

He passed a riot law ostensibly to bring order to the streets. This so-called “riot” bill goes far beyond riot control — it threatens the constitutional rights of Floridians, doubles down on overcriminalization, and bolsters the governor’s office at the expense of local governments. It was immediately declared unconstitutional by a federal judge.

It passed a redundant law allowing time for prayer in school, though it was never banned and Florida has already given schools the ability to set aside time for prayer and meditation.

He banned discussion of “critical race theory” in workplaces, as Trump had also done for federal employees and went further with schools banning discussion of gender and orientation in schools and allowing parents to sue teachers, causing a massive teacher shortage in Florida.

Trump taught DeSantis well. DeSantis seizes on controversial issues and offers favorable government action to his core supporters, regardless of the negative effect on the rest of the state’s citizens.