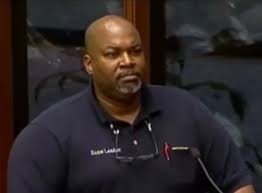 The Shameless Fanaticism of a Politician | Publish the news group

Ambassador Ruth A. Davis was recently named a distinguished alumnus of the School of Social Welfare at the University of California, Berkeley.

She was also honored by the United States Department of State when a boardroom at the Foreign Service Institute in Virginia was named in honor of her service as director of the Institute. She was the first African American to hold this position.

Davis, a graduate of Spelman College, received an MA from UC Berkeley in 1968.

Congresswoman Barbara Lee, also a graduate of the School of Social Welfare, now chairs the House Appropriations Committee on State, Foreign Operations and Related Programs. She praised Ambassador Davis as “a pioneering leader and one of the great American diplomats of our time. In her 40-year career, she has had so many “firsts” on her resume: the first black director of the Foreign Service Institute, the first black female director general of the foreign service, and the first black woman to be appointed as an ambassador of the Foreign Service Institute. career. , to name a few.

“She has served all over the world, from Kinshasa to Tokyo to Barcelona, ​​where she was Consul General, and Benin, where she was Ambassador,” Lee continued. “I am so proud of his many accomplishments. She has represented America’s best to the world, and our world is a better place because of her service.

During Davis’ 40-year foreign service career, she also served as Chief of Staff in the Africa Bureau and a distinguished Advisor on International Affairs at Howard University. She retired in 2009 as a career ambassador, the highest rank in the foreign service.

Since her retirement, Ambassador Davis has served as President (and founding member) of the International Women’s Entrepreneurial Challenge (IWEC), an organization dedicated to promoting the economic empowerment of women by creating an international network of businesswomen. .

She also chairs the selection committee for the Charles B. Rangel Fellowship in International Affairs at the Ralph Bunche International Affairs Center at Howard University, where she helps oversee the annual selection process. Finally, as Vice President of the Association of Black American Ambassadors, she participates in activities involving the recruitment, preparation, hiring, retention, mentoring and promotion of minority foreign service employees.

Gay Plair Cobb, a former regional administrator for the Women’s Bureau, the US Department of Labor in the Atlanta and San Francisco offices, was Ambassador Davis’ roommate at UC Berkeley. Cobb said: “Ruth has always demonstrated exceptional leadership and a determined commitment to fairness, equality of opportunity and activism, which we have consistently engaged in.”

A native of Atlanta, Davis was recently named to the Economist’s 2015 Global Diversity List as one of the Top 50 Diversity in Public Life and is the recipient of the Lifetime Contributions Award of the American Foreign Service Association to American Diplomacy.

“This is a wake-up call” – CBS Denver