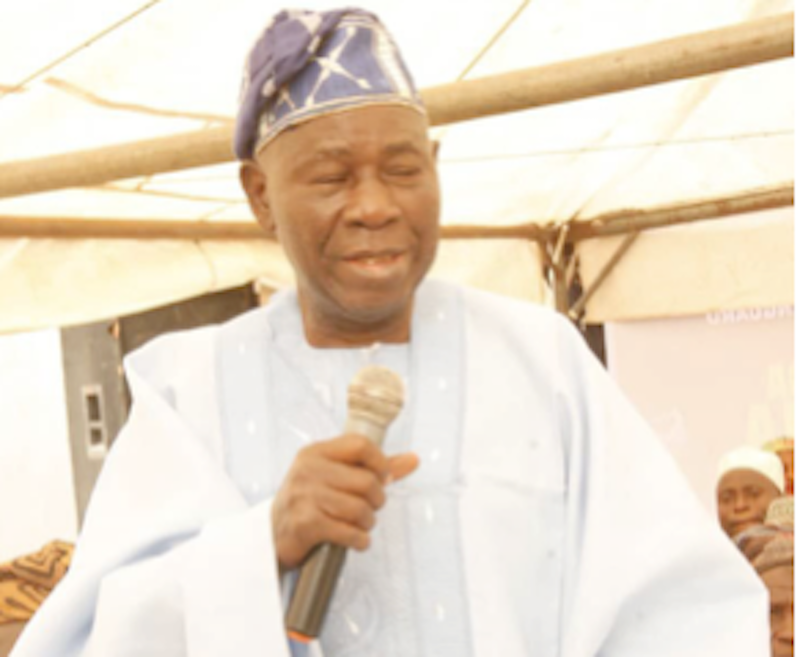 The milk of kindness of the famous politician Abiola Ogundokun

Grand Chief Abiola Ogundokun is no stranger to the Nigerian political context. The Osun State-born octogenarian is an old horse in the system, having been in the game for over four decades and still going strong.

It’s certainly not child’s play; he knows his onions in the political climate of the nation and he has a network of friends that crosses all walks of life. Even though he does not hold any political office, he is a force to be reckoned with in the country as he is well connected and has great influence.

No wonder his residences in Lagos, Abuja, Ibadan and his hometown in Iwo are something of a Mecca, as many politicians, as well as aspiring politicians, consult him to drink from his fountain of political knowledge and experience. However, what has been underestimated about the political titan is his milk of kindness.

Society Watch understood that he had been at the forefront of philanthropy for so many years and that many had benefited enormously. A source revealed that he reaches out to those in need through his Foundation
The man, who was also a leader of the now defunct National Party of Nigeria (NPN), established the Foundation in 1976 when he was Councilor of Ward 1, Iwo Local Government of former Oyo and contributed in many significant to the education and political life of many people.

The annual event has hosted millions of people in the past and still counts.

The Foundation constructed the Iwo East LCDA Administration Building and supported the expansion of the Iwo Central Mosque. He also pays hospital bills for some patients and sponsors many pilgrims to Mecca and helps build the Iwo Palace.

According to Ogundokun, some politicians in the area have risen to high positions through Foundation appointments
Recently, the Foundation celebrated over 200 less privileged in Iwo, Osun. The empowerment was witnessed by many prominent figures across the state, including the state governor, Gboyega Oyetola, who was represented by his chief executive, Israel Famurewa campaign organization, among others.

Ogundokun was a pioneer staff of the Western Nigeria Broadcasting Service (WNBS). He then worked in the new Nigerian newspapers. He joined politics as the youth leader of the Nigerian New Democratic Party. He then contested and was elected councilor of Iwo local government in 1976 before becoming a member of the Constituent Assembly in 1978.

In 1979, he became National Publicity Secretary of the ruling NPN and was made a member of the board of the Daily Times newspapers.

He was brought back to the ruling All Progressives Congress (APC) party due to the necessary experience he gained over the years from an elite.

Election 2022: second candidacy for the post of governor | News