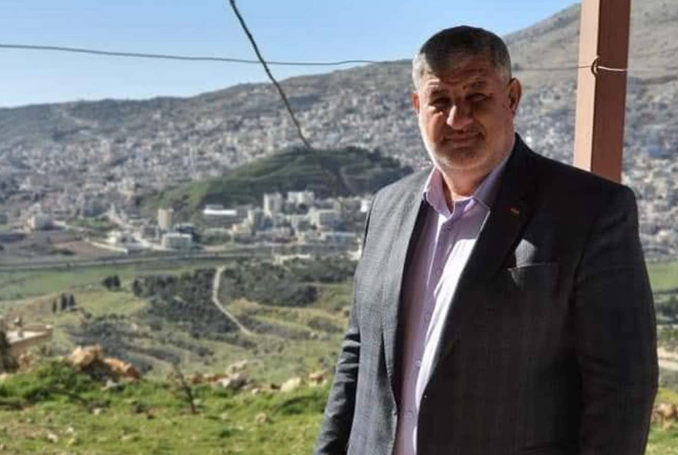 Syria accused Israel of being behind the assassination on Saturday of a senior government official near the border of the occupied Syrian Golan Heights, Syrian media reported.

Midhat Al-Saleh, 54, an intelligence officer, was the head of the Golan Affairs Office in Syria and a former lawmaker.

According to the state-run SANA news agency, Saleh was shot dead outside his home near the village of Ain Eltineh, located across from the Druze town of Majdal Shams.

ðŸš¨ðŸš¨ðŸš¨ Israeli occupation forces today shot dead the freed Syrian captive Midhat Saleh al-Saleh on his way home to the town of Ein al-Tina, on the other side of the occupied city of Majdal Shams. pic.twitter.com/BDOAn2MfVX

AlJazeera reported that he was killed by an Israeli sniper, although the IDF has not confirmed or denied the incident in accordance with long-standing policy.

“The cabinet stressed in a statement that these terrorist acts will only increase the determination of the Syrian Arab people to continue to resist the occupier and to liberate the occupied Syrian Golan,” SANA reported. The Syrian cabinet also condemned “the cowardly criminal act”.

Saleh was from Majdal Shams and spent 12 years in an Israeli prison for security reasons. He was released in 1997, and the following year he traveled to Syria, becoming a member of parliament in 2000.

On Monday, Israeli Prime Minister Naftali Bennett said the Golan Heights are a “strategic target” for his government and that he intends to quadruple the Israeli settler population there. “The Golan Heights is Israel, period,” he said to applause during a speech at the Makor Rishon Golan conference in Haspin, an illegal settlement in the southern Golan Heights.

In response to Bennett’s remarks, the Syrian Foreign Ministry said his government was “unable to change the eternal fact that the Golan was and still is Arab and Syrian land” and stressed that the Syrian army is “determined. to liberate the Golan Heights from Israeli occupation and foil Israeli plots â€.