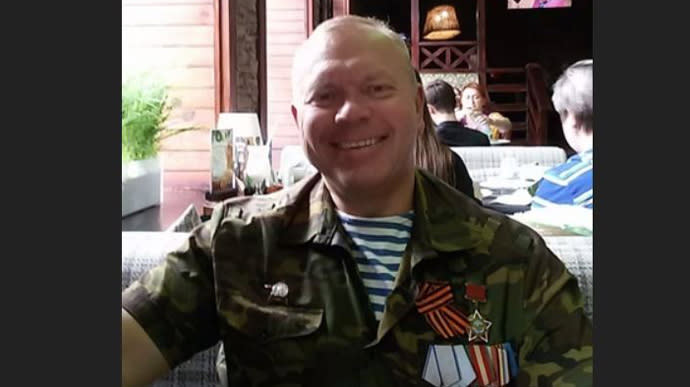 Yevgeny Novikov, deputy head of the civic chamber of the Altai region, was found dead in the occupied territory of Ukraine, in the so-called Donetsk People’s Republic (DPR). Novikov reportedly went to the Donbass with a “volunteer mission” but came under fire near Shakhtarsk on July 10.

Quotation: “It has been confirmed that Yevgeniy Novikov was killed in the DPR. He went there in early July on a voluntary mission.

On July 10, he came under fire; it happened in the Shakhtarsk district. We and his family have not given up hope that he is alive but recently he was identified. This week the body is to be transported to Barnaul.”

Details: Shamkov claims that this was the first time Novikov had visited the occupied territory of Ukraine on a “voluntary” mission.

His relatives declared him missing in Donetsk-based social media groups: “Novikov has a tattooed bear on his chest.”

On July 10, two “volunteers” from the All-Russian public youth “patriotic” organization Naslediye (Heritage) were injured and 4 others were reported missing after coming under fire in the Shakhtarsk district of the occupied part of Donetsk Oblast.

Denis Pushilin, head of the self-proclaimed Donetsk People’s Republic, reported that as a result of the attack on Shakhtarsk district, 11 people were injured and 3 people died.

Synopsis: The Civic Chamber of the Russian Federation is a 168-member civil society consultative institution, established in 2005. Chamber members are unpaid but the authority itself is funded by the government; it participates in public procurement procedures.

The Civic Chamber is elected every three years. It is supposed to interact with the authorities and bodies of local self-government in order to “monitor the needs and interests of citizens of the Russian Federation, to protect their rights and freedoms in the development and implementation of policy of the state, as well as to conduct public control of the activities of the authorities of the Russian Federation.

Journalists are fighting on their own front line. Become our patron, support our work!