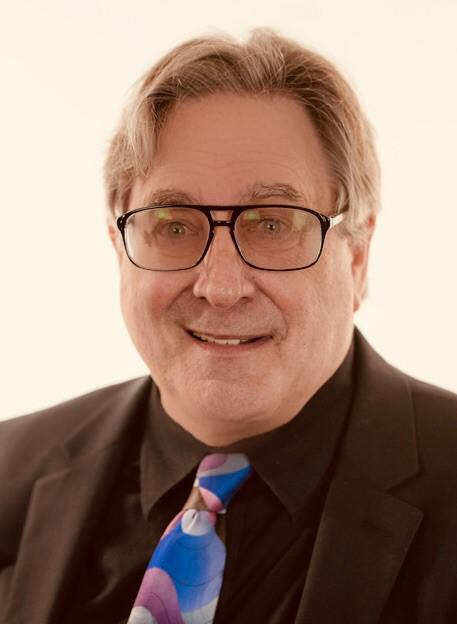 Richel, a long-time government official, is running for a seat on the township’s board of directors

Alan Richel, a federal government veteran who worked for various entities across the country for 34 years, is one of three candidates contesting outgoing Township Director Ann Snyder for her 6 position on the board.

â€œThe vast majority of my career has been spent in the public service. I think this is a critical moment in the history of The Woodlands, and I want to make a difference and being retired I have the time, the energy and the drive to make it happen, â€said Richel in an email interview with The villager.

A resident of The Woodlands for over 17 years, Richel has an extensive public service resume in the service of the United States government, most notably as a Senior International Trade Specialist with the US Department of Commerce’s US and Foreign Commercial Service in Kansas City, Missouri and Houston, Texas Offices.

â€œOverall, I served 34 years in the United States Federal Government, with additional assignments in the United States. The Urban Mass Transportation Administration of the Department of Transportation (now the Federal Transit Administration) and the US General Services Administration in Washington, DC, Chicago and Kansas City, Missouri, â€Richel wrote in an email. â€œI have extra years in the private sector, having also worked for Xerox and FedEx in Kansas City and a start-up in Los Angeles that imported school buses from Slovenia. I have held managerial positions in the public and private sectors.

Now, Richel has stated that he wants to transfer this experience at the highest levels of government to the community he has lived in since 2001. Richel holds a master’s degree in business administration, with a specialization in management and marketing, from l Loyola University of Chicago and a both Bachelor of Arts and Master of Arts in International Affairs from George Washington University. He said his experience working with multiple government agencies as well as working with state and local government agencies during his 34 years in public service would suit him well if elected.

â€œI bring a wealth of experience and public service that can be directly applied to (city council). While in the Urban Mass Transportation Administration, I worked alongside state and local governments and transportation authorities who applied for grants to the agency’s public transportation, â€Richel wrote. â€œIn addition, thanks to this position, I have experience with metropolitan planning organizations; investment and operating budgets; and assess feasibility studies, environmental assessments and environmental impact statements.

Richel said that in his opinion the three biggest issues facing The Woodlands are incorporation, lack of public transportation issues and access to clean drinking water for the community in the future.

â€œI am very concerned about the possible incorporation of The Woodlands as a city. I am open to transparent arguments both for and against, but I must say that I lean against it until a convincing argument can be made. I don’t see why there is a rush for incorporation, â€said Richel of the possible incorporation of The Woodlands. â€œWhile the concept of The Woodlands being a town with all the rights and privileges it offers is appealing in terms of the status that goes with it, I am more concerned with keeping taxes low while maintaining or improving our standard. life and the range of services offered in our community.

Regarding public transportation options, Richel said there must be more than there are currently.

â€œYes, you can take the free streetcar if you are in the downtown ‘tourist’ district and there is still Uber and there are express buses to downtown Houston, but there is no ‘there is no fixed route service for someone in Sterling Ridge or Alden Bridge or any of the other villages to get to the mall, the waterway, Market Street or Hughes Landing, â€he said. -he declares. “I am not suggesting anything large, but we should have a basic service, in line with the world class community that we have become.”

Richel said voters should choose him because of his past experience in the federal government.

â€œWith extensive experience in the public sector, my background is very relevant to the Township Director position, and I will work to ensure that all citizens of The Woodlands get their money’s worth,â€ he added. . â€œI am completely independent and have no ties to special interests such as real estate developers. My only particular interest is to see The Woodlands continue to be the first community it is today for many years to come.

Richel joins Snyder along with challengers Luis “Louis” Granados and Tom Chumbley vying for the position 6 seat on the seven-member board. The election is scheduled for Tuesday, November 5, with early voting starting October 21.

In a 2-1 vote, the NCUA board of directors adopts an alternative to payday loans