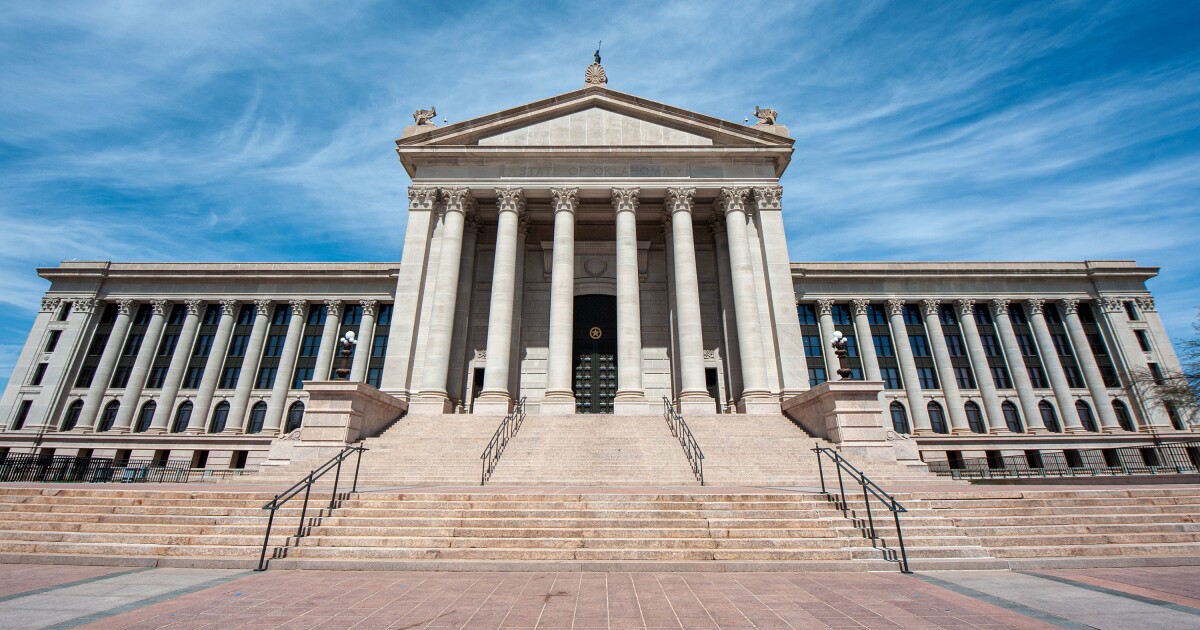 On Thursday, Oklahoma Governor Kevin Stitt vetoed parts of the state’s $9.8 billion budget and called for a special session of the legislature to address eliminating the tax. tax on food products and the reduction of personal income tax.

Under Oklahoma’s constitution, the legislature must adjourn at 5 p.m. on the last Friday in May, the next day.

So the state legislature acted quickly on Friday, expressing its displeasure with Stitt’s criticism and overriding several vetoes.

Among the six vetoes lawmakers managed to override was a public safety bill.

House Bill 3501 requires the Oklahoma Department of Public Safety to recognize traffic convictions that occur in tribal court of any federally recognized tribe in Oklahoma and treat them the same as they would do in an Oklahoma state or municipal court. Stitt vetoed HB3501 in early May, despite his approval by more than 90% of both houses of the legislature. Stitt claimed the bill eroded state jurisdiction and sovereignty.

“When this law goes into effect, people will know that dangerous drivers will face consequences whether they are convicted in state or tribal courts,” Batton said.

Other vetoes successfully overridden by lawmakers were:

During his Thursday press conference, Stitt said lawmakers were using political gimmicks and pulling pages from “Joe Biden’s liberal playbook.” Stitt also claimed that lawmakers made behind-the-scenes deals with lobbyists, while he and his advisers were deliberately left out of budget negotiations.

House Majority Leader Josh West (R-Grove) blasted on Twitter on Thursdaycalling Stitt a “narcissistic” and saying he connects “his buddies with jobs and projects”.

This was only the beginning of verbal attacks aimed at the governor.

While speaking in the House on Friday overriding the veto of HB3501, House Appropriations and Budget Committee Vice Chairman Ryan Martinez (R-Edmond) classified Stitt’s behavior towards the tribes as “racist and hateful”.

“We are pleased that the governor is supporting inflation relief, but his glory days on Thursday were utterly unbecoming of the position he holds,” McCall said in a statement. “As we do in every session, lawmakers will move forward in a stately and truthful manner that respects all parties without the unnecessary insults and lies the governor excreted on Thursday.”

A special session awaits you in June

The legislator has not canceled all the vetoes – in particular that of Senate Bill 1075which would have eliminated the 1.25% sales tax on motor vehicle purchases, and House Bill 4474 and House Bill 4473which would have created the Inflation Relief Stimulus Fund and earmarked funds for that fund, in the form of one-time payments of $75 for each individual filer and $150 for joint filers.

Stitt called the bills “a slap in the face for hardworking Oklahoman.”

These may or may not include Stitt’s call for them to eliminate the state’s 4.5% grocery tax and reduce personal income taxes. Stitt says these two actions would save the average Oklahoma family $453 a year.

There is bipartisan support for eliminating the grocery tax, but no bills tabled this session have made their way through the full legislative process. Oklahoma has one of the highest grocery tax rates in the 13 states in the United States which taxes groceries.

The timing of the special session also raises concerns, at least from McCall. He said his position in mid-June could hurt some House incumbents as they seek re-election. Primary elections take place on June 28.

“The ones that concern me the most are those in the House of Representatives. These primaries – we have about 18, I think, members … the incumbents who have primaries in June. I think that’s incredibly dishonest, again, of the governor to call a special session for mid-June,” McCall said. “It’s punitive, and another example of just trying to whip the legislature.”