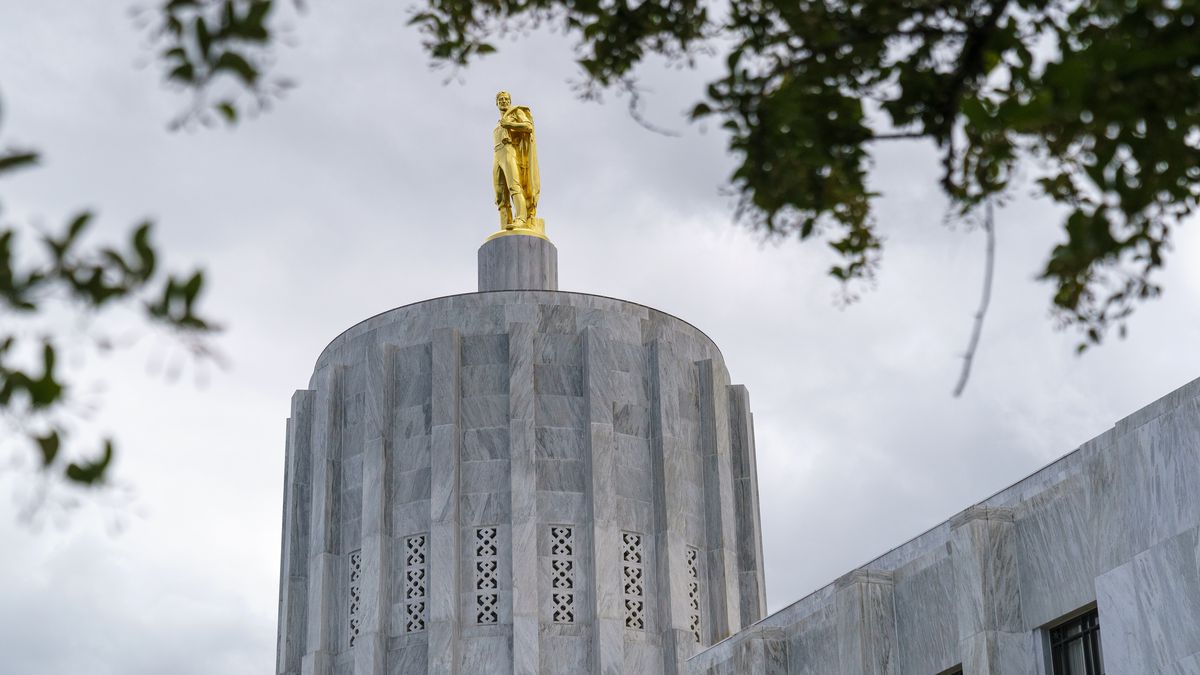 Oregon leaders often praise the state’s strong reproductive rights protections, which are codified in the state constitution. But most Republican gubernatorial candidates say they would work to reduce those protections if the U.S. Supreme Court overturns Roe v. Wade.

In response to a questionnaire sent to candidates this spring by the OPB, five candidates — Stan Pulliam, Bob Tiernan, Bridge Barton, Amber Richardson and Bill Sizemore — said they would implement new restrictions on abortions in Oregon. None delved into what that would look like.

Four others – Court Boice, Tim McCloud, Brandon Merritt and Nick Hess – said they would support an electoral referendum to remove abortion protections from the Oregon constitution.

Only one, Jessica Gomez, founder and CEO of Rogue Valley Microdevices, said she would not pursue any new reproductive health restrictions.

And in a debate moderated on Tuesday by the City Club of Portland and KGW, the topic of what happens if Roe leaves has emerged as one of the cardinal issues for GOP candidates. They spent more than 10 minutes of the 90-minute forum debating news that the United States Supreme Court may be about to overturn the Roe decision and its impact in Oregon.

Four frontrunners – Jessica Gomez, Bud Pierce, Stan Pulliam and Bridget Barton – were asked what the new ruling means for their plans as governor.

Gomez doubled down, saying she is firmly “pro-choice” and supports that abortion is a constitutionally protected right. She, however, opposes the use of Oregon taxpayer money to help pregnant women in other states access abortions here.

Oncologist and 2016 GOP candidate Bud Pierce has described himself as “pro-life” but said he believes in respecting federal and state laws and would rather focus his efforts on supporting pregnant women in terms of childcare and education so that they feel less pressure to have an abortion.

“My effort will be to support pregnant women so that they want to continue their pregnancy if they wish,” Pierce said.

Pierce was pressed into the debate for what a moderator described as a “flip-flop” on the abortion issue; during his 2016 campaign, he said he supported the state’s reproductive health care access policies. Pierce said he didn’t do an about-face, but reassessed his position after his wife passed away in 2020.

She said she would revisit funding set aside by the Oregon Legislature that helps people in Oregon and other states access abortions here. State legislators recently approved $15 million for the state’s Reproductive Health Equity Fund in response to new laws or efforts to restrict access in states like Texas, Idaho, Mississippi and Florida.

“Millions of dollars allocated for what we now call ‘abortion vacations’ for out-of-state people to come here and use our taxpayer dollars for their abortions,” she said. “Most Oregonians, I believe, disagree with that.”

Stan Pulliam, the mayor of Sandy, took the most aggressive view in terms of restricting access to abortion. He released a statement on Tuesday saying, “I’ve been waiting for this moment my whole life.”

In the debate, he attacked his opponents for being, in his view, too progressive on their views on reproductive rights. He noted that he was not endorsed by the advocacy group Oregon Right to Life, which approved four other candidates: Pierce, former House Minority Leader Christine Drazan, Barton and Tiernan.

Pulliam said he would sign any “pro-life legislation” into law. (The odds of such legislation making it to any governor’s desk remain fairly slim given the Democratic Party’s firm grip on both houses of the Oregon legislature.)

“I think Oregon Right to Life, on the heels of last week’s televised debate, with a watered-down response from Christine Drazan where she said she would only veto deals that expanded access to ‘abortion…they should review their endorsement,’ Pulliam mentioned.

Drazan dropped out of the City Club of Portland/KGW debate on Tuesday just hours before it was due to start. Her campaign staff noted that she had participated in several public debates and forums, including two televised debates in recent weeks.

Drazan’s campaign did not immediately respond to the OPB’s request for comment on its views on reproductive rights and abortion access. She declined to complete the questionnaire sent out by the OPB this spring, and she did not respond to requests to discuss her campaign and speak out about the issues on OPB’s Think Out Loud.