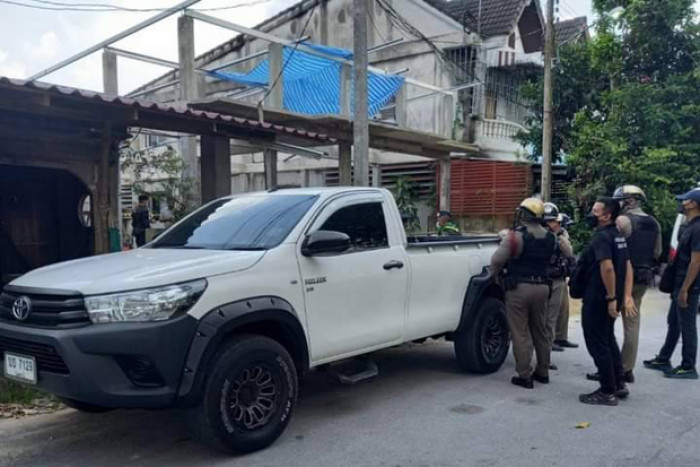 Police examine a van belonging to Abdultale Chapakiya parked at the construction site of a new house in Muang district of Yala province, where he was shot dead on Saturday. (Photo: Abdullah Benjakat)

YALA: A deputy chairman of a Tambon administration organization (TAO), who was also a construction contractor, was shot dead in a gun attack in Muang district on Saturday afternoon of this southern border province, police said.

Police arrived at the scene to find Abdultale Chapakiya, 48, lying dead in a pool of blood at the construction site.

Abdultale was deputy chairman of Khao Tum TAO in tambon Khao Tum in Yarang district in Pattani. He was also a construction contractor.

Construction workers told police that while Abdultale was at the site for inspection, a man came up to him and a heated argument ensued. The man then pulled out a 9mm pistol and fired 10 shots at Abtultale, killing him instantly, before fleeing. Ten empty rounds of 9mm ammunition were left at the scene.

Police were gathering evidence and reviewing security camera footage to identify and then search for the attacker.

An investigation was underway to determine whether the attack was linked to a trade dispute or an insurgency in the region.