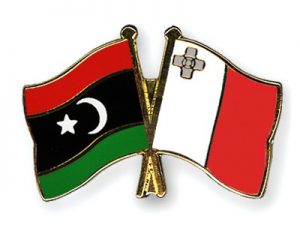 Mohamed Hamuda, the official spokesperson for the Libyan government, today announced that flights between Libya and Malta will resume next Monday.

The culmination of the efforts of the Government of National Unity (of Libya) to reopen Libyan airspace with the world, and following the signing of cooperation agreements between the Libyan and Maltese transport ministries during the Prime Minister’s visit last week.

Airlines will launch the first flights between Mitiga Airport and Valletta Airport on Monday, September 20, 2021.

This will reduce the suffering suffered by Libyan citizens from the burden of traveling to Europe and other countries around the world for treatment, study or work.

The efforts of the Government of National Unity will continue with the rest of the friendly countries to open their airspace to other air lines in order to serve the Libyan citizen. ”

However, other sources pointed out that Hamuda’s statement was deliberately vague about which airliners would resume flights. Most Libyan sources said the flights would be operated by the Medavia chartered airliner rather than Libyan Airlines or Air Malta.

At the time of publication, the news had not been confirmed by Maltese authorities.