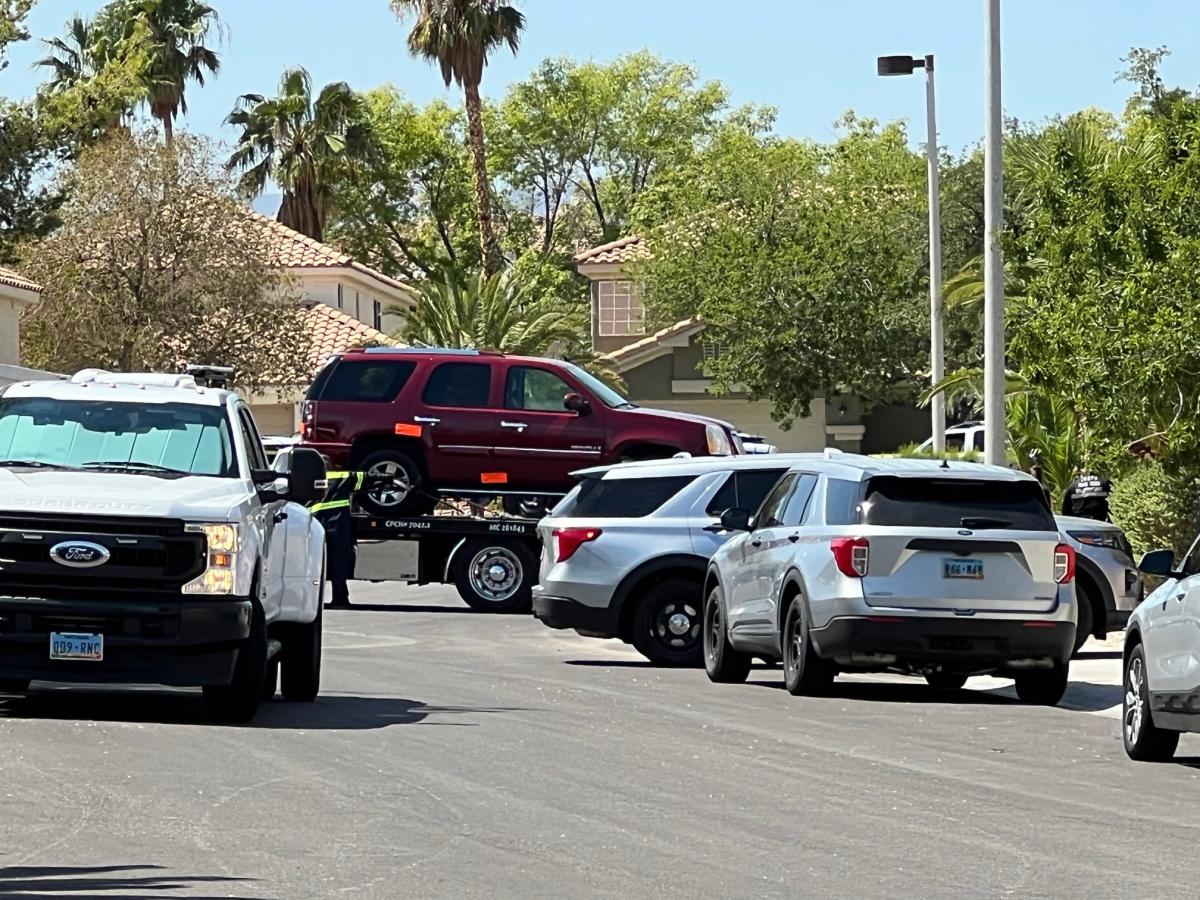 LAS VEGAS — Five days after the violent murder of investigative journalist Jeff German, police have arrested an elected official who had been the subject of a series of high-profile stories by the slain journalist that revealed allegations of intimidation and retaliation.

Clark County Public Administrator Robert Telles was taken into custody by the Las Vegas Metropolitan Police Department at his home in West Las Vegas around 6:30 p.m., just hours after the investigators had completed the search of his property.

The Las Vegas Review-Journal, where German, 69, had worked for decades, was first to report news of the arrest. Telles, 45, had been at the center of German’s reporting on the unrest, including complaints of administrative intimidation, favoritism and Telles’ relationship with a junior employee at the county office that handles the estates of people who have died without a will. or family contacts.

Clark County Sheriff Joe Lombardo told the newspaper that Telles was arrested on suspicion of murder. Lombardo was expected to give more details at a press conference on Thursday morning.

Earlier in the day, officers descended on Telles’ two-story home around 7 a.m., searching the nearly 3,000 square foot property for more than six hours before a red GMC Yukon Denali was towed away .

The GMC, which had been parked in the driveway of Telles, matched the description of a vehicle that police believe could be linked to German’s murder: a red or maroon 2007-2014 Denali with chrome handles, a sunroof and roof bars.

In the weeks leading up to the election, German reports of an office “bogged down in turmoil and internal dissension” between longtime employees and new hires under Telles.

Telles blamed the “elders” for exaggerating the extent of his relationship with an employee and falsely claiming that he abused them.

“All of my new hires are super happy and everyone is productive and doing well,” he told the newspaper. “We have almost doubled productivity in the office.”

Telles then posted complaints on Twitter about German, the Review-Journal reported, including claims in June that German was a bully who was “obsessed” with him.

German, a journalist known for his tenacity, was working on follow-up reports, the newspaper said Wednesday, and recently filed public records requests for emails and text messages between Telles and three other county officials, including Reid. and consultant Michael Murphy.

Wednesday’s police search came less than 24 hours after the Las Vegas Metropolitan Police Department released the description of the vehicle, along with a surveillance photo, at a press conference where the captain of Police Dori Koren reassured the public that investigators were working “non-stop” to solve the case. .

Shortly after police completed their search, Telles was dropped off in a white sedan, dressed in a white jumpsuit as he ignored reporters camped out on his street.

Police returned two hours later, but Telles did not answer the door after an officer repeatedly knocked, identifying himself as “Subway Police!”

Within minutes, a swarm of additional police in marked and unmarked vehicles arrived and registered the area for the second time. The scene remained relatively stagnant for about an hour until, around 5:45 p.m., police cordoned off the entire neighborhood.

As reporters and residents left the area, armored SWAT vehicles and ambulances arrived.

German, 69, was found dead on September 3 with stab wounds outside his home, about five miles from Telles’ home, according to police. Authorities believe he was killed a day earlier in a “late morning” altercation.

After the Review-Journal published the articles on the Office of the Clark County Public AdministratorTelles publicly lambasted German in a series of Twitter posts.

Asked at Tuesday’s press conference whether German’s death could have been prompted by his high-profile stories, Koren said detectives “are not ruling anything out at this time.”

German was known for his stories exposing government misdeeds and political scandals. His journalism career spanned four decades, including stints at the Las Vegas Sun before joining the Review-Journal.

Rio Lacanlale is the Las Vegas correspondent for the Reno Gazette Journal and the USA TODAY Network. Contact her at [email protected] or on Twitter @riolacanlale.