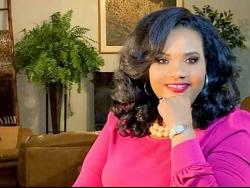 A Jamaican-born US politician has denounced the busing of migrants from the US southern border to towns in Democratic strongholds.

Karen Green, who is the Democratic nominee for a Florida US House seat in November, called the action heinous, shameful and demeaning to migrants who are treated as “human cargo” in a political game.

“First, the migrants were not in Florida but rather in Texas, so for the governor [DeSantis] Flying them from this state to Martha’s Vineyard is ruthless and inhumane. It also emerged that several of the migrants who were deported from Texas by Governor DeSantis have immigration court appointments later this month regarding their asylum claims. Interfere in this orderly process like Governor DeSantis did [goes against] its affirmation on stemming illegal immigration,” she said.

“These migrants had to go through a legal process to determine whether they would be granted asylum. Instead, by his action, they risk missing their court dates and will be sentenced to illegal status,” Green added.

Second, how insensitive and unChristian one must be to disregard the plight of those fleeing oppressive regimes to seek a better life, the politician charged.

The Jamaican said it is for these and other reasons that she is seeking to become a representative in Congress “so that I can go to Washington to fix a broken immigration system and put some order in a process who has been a fundamental pillar of American society”.

Green faces a Republican opponent in the Nov. 8 election.

If she wins, she will become the first person born in Jamaica to serve in the US Congress.

The United States, Green said, is the country it is today because of the skills and talents brought to its shores by immigrants over the years.

“It is agreed that the country’s immigration system is broken and needs fixing, but the actions of these Republican governors are not solutions but a worsening of the situation. They must stop playing politics with the lives of the unfortunate and show compassion, treating everyone with dignity and in a Christian and charitable manner,” she said.