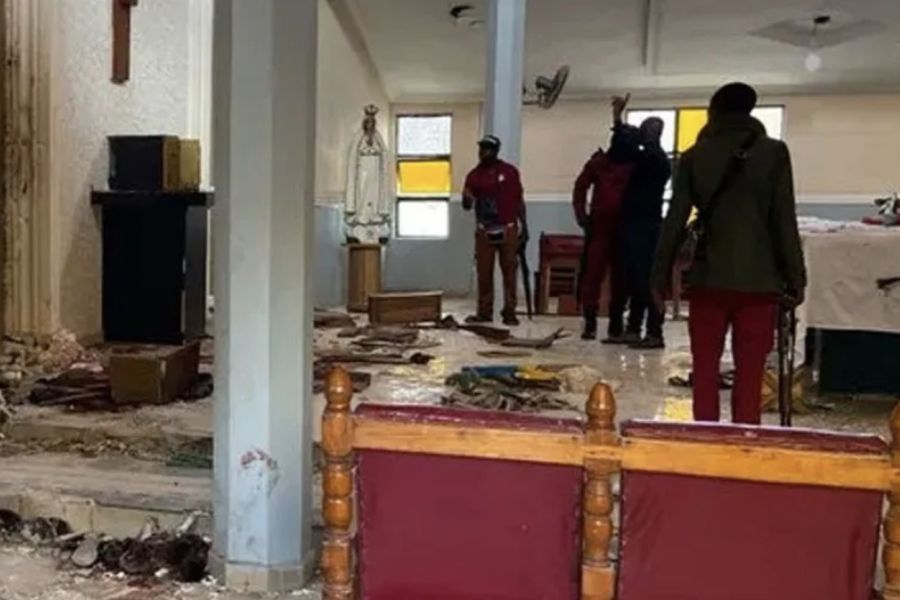 More Christians are being killed for their faith in Nigeria than in any other country in the world – at least 4,650 in 2021 and nearly 900 in the first three months of 2022 alone.

A Nigerian government official said Thursday that the insurgent group Islamic State of West Africa Province (ISWAP) is suspected of being the perpetrators of a massacre at a Catholic church last week that caused dozens of deaths.

“We could see the footprint of ISWAP in the horrific attack in Owo and we are pursuing them. Our security agencies are on their trail and we will bring them to justice,” Home Minister Ogbeni said. Rauf Aregbesola on June 9, as reported by Reuters.

Initial reports said more than 50 people had been killed, including children, and others injured. The official death toll from the attack currently stands at 40, with 61 injured still in hospital, Reuters reported.

ISWAP is considered a splinter faction of Boko Haram, another extremist Islamist terror group that has killed thousands of Christians and displaced millions in Nigeria and neighboring countries in recent years. The then ISWAP leader pledged allegiance to ISIS in 2015.

ISWAP has in recent years claimed to have carried out public executions of Christians and bragged about its actions in digital media. However, Ondo State, where the Pentecost attack took place, is far from ISWAP’s usual area of ​​operations in the north of the country.

Pope Francis expressed his “spiritual closeness” to Nigerian Catholics in the wake of the latest attack, saying in a telegram he was praying “for the conversion of those blinded by hatred and violence”.

More Christians are being killed for their faith in Nigeria than in any other country in the world – at least 4,650 in 2021 and nearly 900 in the first three months of 2022 alone. Christian leaders and advocates continue to highlight and document the ongoing brutal persecution against Christians – often at the hands of their Muslim neighbors – in Africa’s most populous nation. Some aid organizations and experts are even gathering evidence that the killing of Christians in Nigeria constitutes genocide.

The country was, without explanation, removed in late 2021 from the US State Department’s list of countries with the most flagrant violations of religious freedom.