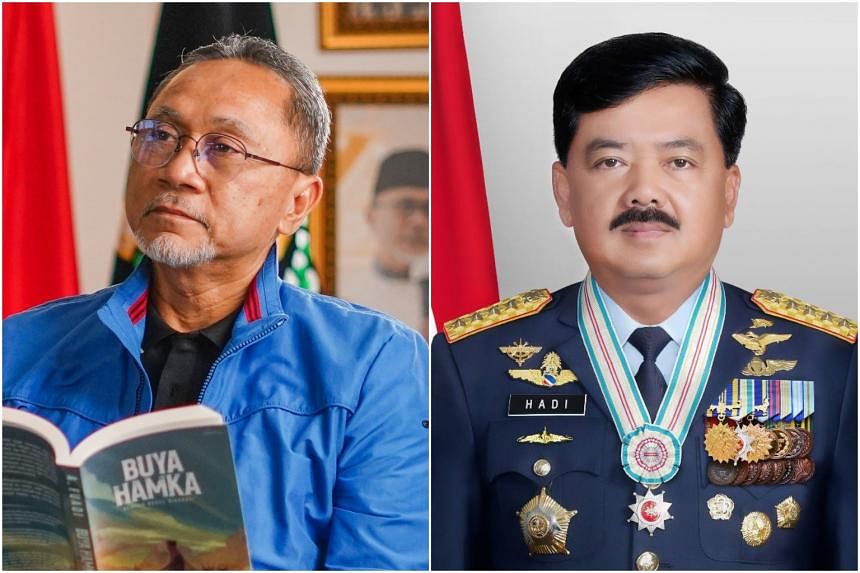 Zulkifli, 59, who only recently joined the ruling coalition, is the chairman of the Islamic-leaning National Mandate Party, or PAN. He is currently Vice President of the People’s Representative Assembly (MPR).

He served as Minister of Forests from 2009 to 2014 under former President Susilo Bambang Yudhoyono. The PAN, which was in opposition, joined the ruling coalition in late August.

Mr Widodo had been unhappy with the current trade minister, Mr Muhammad Lutfi, for not being able to rein in rising cooking oil prices at home.

“My long experience will contribute to efforts to ensure the availability of cooking oil everywhere (in Indonesia),” Mr Zulkifli told reporters after his inauguration by Mr Widodo.

At the same time, Mr. Hadi, 58, will succeed Mr. Sofyan Djalil as Minister of Agrarian Affairs and Territorial Development.

Mr Hadi retired in November last year as air chief marshal and has continued to advise on various government issues.

Earlier this year, he was tasked with overseeing the MotoGP International Street Circuit race of Mandalika on the Indonesian island of Lombok.

“My job is firstly to address the backlog in issuing land titles to the people, secondly, rampant land disputes and thirdly, any land issues for the planned new administrative capital,” Hadi told reporters.