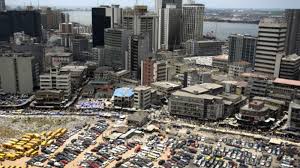 Grand Lagos project and my conversation with an official, By JEROME-MARIO UTOMI

For a very long time, I have felt that public servants are the â€œreal enemiesâ€ of the state. This notion was based on the idea that they are allergic to open communication, perhaps out of obedience to the age-old belief that an official should be seen and not heard. A saying considered to be the hallmark of the public service in Nigeria.

But an apparent paradigm shift in the notion occurred on Monday April 19, 2021, after my brief but fruitful visit on behalf of the Social And Economic Justice Advocacy (SEJA), to the Lagos State Secretariat, Alausa, Ikeja. The visit was deliberately aimed at providing the state health ministry with the health insurance policy of a vulnerable citizen, Ms Ibekwe, as requested.

The level of focus and priority attention that ministry staff have so far given to SEJA’s request, first sets the stage for my belief that the state’s â€œGrand Lagosâ€ mantra can not only exist. in words but in reality.

To help readers fully understand the article, I will briefly explain what led to the request for the policy and, by extension, necessitated the visit.

Ms Ibekwe was reportedly on May 29, 2017, returning from a service at the Catholic Church of the Sacred Heart, along Ogudu / Ojota, on the road at around 9 p.m. base of a former public lighting electric pole owned and managed by the Lagos State Electricity Board. The shock wave lifted her up and landed on the ground. It was a devastating electrocution, but luckily she survived. The impact left her incapacitated. She was only able to stand up with the help of a few good-humored individuals who were in the vicinity of the incident.

An x-ray later revealed that her left femur was broken. In view of this, she was referred to the National Orthopedic Hospital, Igbobi, Lagos, and since her transfer to the National Orthopedic Hospital, Igbobi, where she was hospitalized and hospitalized. To help resolve the delay in treatment for her second surgery and other challenges, Social and Economic Justice (SEJA), a Lagos-based non-governmental organization, via a petition / letter requesting assistance, brought his fate to His Excellency the Babajide Sanwoolu led the government of Lagos State. It was following this request that informed my visit to Alausa on the said date as the intervening Ministry of Health, as required by the victim’s health insurance policy that SEJA quickly transmitted.

With the above fact highlighted, let’s now focus on the knot in the room.

During the presentation of the police in room 301 on the 3rd floor, on the way out, something remarkable happened. An unprepared decision to request and possibly see a particular public official (name to remember) from the Ministry of Information and Strategy has poured in.

Although I have neither communicated with him in the past nor seen him physically, yet, according to information in the public sphere, he is deputy director, in this particular ministry. I read so many of his articles in the national dailies and in most cases his opinions and mine were matched on the same pages of the newspaper. I did indeed want to see him because I sincerely love his writing styles, especially the way he organizes his arguments and this visit was a golden opportunity for me. Without hesitation, I asked the female security personnel working on the third floor of the block; how can I see Mr. ,,,,? Lo and behold, to my surprise, she turned around and pointed at a man coming from across the hall and said; It is he who is coming.

Just immediately, thinking it’s going to be a â€œstand-up conversationâ€ and an exchange of jokes. Without waiting for him to approach, I greet myself and introduce myself.

But that was not the end as he suggested that we go to his office. He took me to his nicely and simply but elegantly furnished office with a few furniture chairs and a table. He’s a tall man. He is human and human both in the expression of his face and in his posture. He has a spirit of development, analytical and rapid in assimilation. Even in our casual conversation, the subtlety of his presentation shows a keen interest that can be fully appreciated by all. Apparently physical, in my opinion, he shares some common characteristics with Pastor Sam Adeyemi of Day Star Christian Church, Oregun, Lagos. More importantly, he is in no way different from what he professes in the newspaper pages.

Despite these virtues and attributes, I listened with great attention to his use of carefully worded arguments, vividly substantiated evidence, and emotional correspondence to demonstrate how the policies of the current administration are in the best interests of Lagosians. I pretended not to be convinced of what he was lecturing. But it made sense indeed and in truth. Alas! I couldn’t pretend too long.

More than anything else, my conversation with him created in me a new awareness that a leader should not be trying to convince his people that they are working for their good just by making decisions that end up benefiting them, but , through efforts that make people see tangible results through projects that do just that.

From this point of view, the current projects, as evidenced by the documents / publications he gave me, have a part of truth rooted in the claims of the official.

Among the many examples contained in publications that recount the efforts of state governments to design sustainable development in such a way as to protect the present and the rights of future generations, especially in the areas of transport, education, infrastructure, among other things, as a person who resides in the Kosofe local government area of â€‹â€‹the state, I was able to verify and confirm as true the claim regarding the construction works that have been completed along the Ketu- Mile 12 and several road projects underway in the Ikorodu axis. For example, the rehabilitation / modernization of the Agric-Isawo road to a four-lane highway is underway. It was designed to connect the Ikorodu axis to the Lagos-Ibadan highway via Arepo in Ogun State.

Even though this play and, of course, entire Lagosians are celebrating the people-centered leadership currently being deployed in the state and the efforts to develop a smart city agenda; It is in the opinion of this piece that the state government gives priority attention to Mrs. Ibekwe and of course to other less privileged Lagosians.

The state government must do this not for political reasons, but in the interests of our democracy. They should not forget that â€œthe more satisfied people are, the more they will be focused on building up national wealth. And the more focused they are on building up national wealth, the stronger the government will be and able to make the right decisions. This, in turn, contributes to the building of national wealth. It is a continuous cycle that benefits everyone once it is properly linked. But once it is cut, everyone suffers â€. It is a universal practice.

Utomi is the Program Coordinator (Media and Politics), Advocacy for Social and Economic Justice (SEJA), Lagos. It could be reached via;[emailÂ protected]/ 0803272537

Is a public official responsible for the behavior of his next of kin?