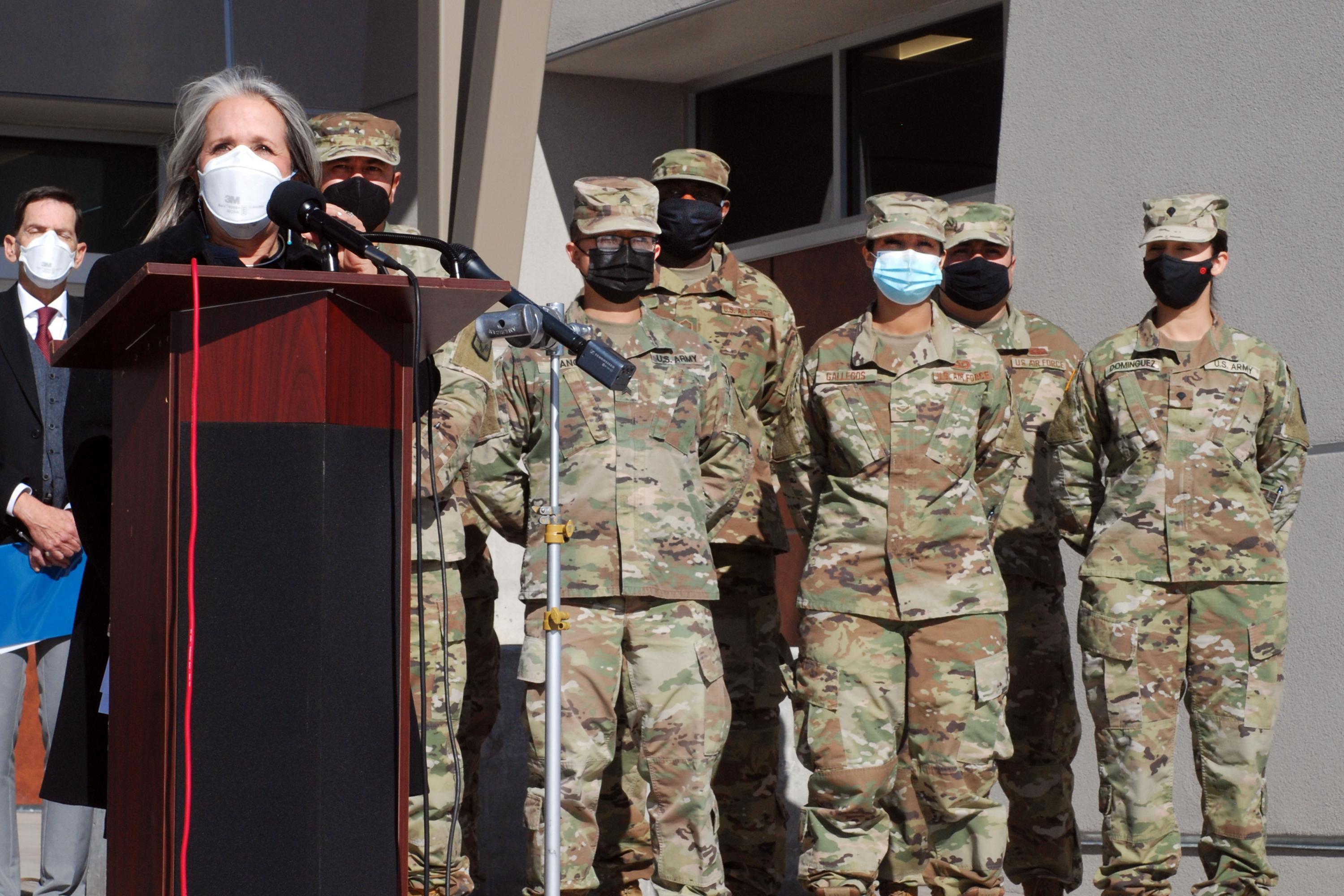 Governor optimistic about approval of tax cuts and voting access

The governor also said she is committed to expanding voting access through legislation and is confident that New Mexico will provide incentives to spur local hydrogen development as the federal government dedicates billions of dollars to the fledgling industry.

Lujan Grisham, running for re-election in November, has proposed eliminating longstanding state taxes on Social Security income that would benefit middle- and upper-income retirees, as well as a slight reduction in the state gross receipts tax on most retail sales and commercial transactions.

“I’m very confident that these are coming together the way they need to” on the tax cuts, Lujan Grisham said. She alluded to an additional tax relief proposal for working families that has not been made public.

“On the other hand, it feels like it’s taking a long time to get all the things that we think will make a difference for New Mexicans,” Lujan Grisham said.

Lawmakers have given mixed reception to bills aimed at toughening criminal penalties and brushed aside proposed changes to the state’s pretrial detention system aimed at keeping more people behind bars awaiting trial for serious crimes.

Lujan Grisham said Democratic majorities in the House and Senate have been slow to recognize that anti-poverty measures are not enough to curb crime.

“We’re on track for Albuquerque’s deadliest year on record, with violent crime rising statewide,” Lujan Grisham said. “I cannot explain their inability to reconcile this issue.”

In 2017, New Mexico joined a growing number of states in adopting risk-based approaches to release defendants that phased out cash-based bail.

Many district attorneys and the mayor of Albuquerque say the pretrial justice system fails to protect the public, while an analysis by the Legislature’s Budget and Accountability Office shows that arrests and convictions remain stable while crime rates have increased.

Republican lawmakers and district attorneys gathered outside the state Capitol on Wednesday to protest a Senate-approved bill that would guarantee the right to a parole hearing for minors convicted of serious crimes, including including murder, and sentenced as adults. They said the Legislative Assembly was deviating from its public safety obligations.

“We need to have answers to protect the citizens of New Mexico,” said Southeastern New Mexico District Attorney Dianna Luce.

Lawmakers have rejected several bills that would prompt the state to restart local hydrogen production using natural gas and coal, amid warnings from environmentalists that the industry could worsen pollution at the origin of global warming.

Still, Lujan Grisham said she expects New Mexico to be a hub for the industry, with state support.

“We have an $8 billion situation, a federal Department of Energy effort,” the governor said. “It’s happening to…decarbonized transportation, and I expect New Mexico to still be one of the top contenders.”

On Wednesday, Senate lawmakers advanced a Democratic-backed initiative to expand voting access, while removing features that would further automate voter registration at state motor vehicle offices. The amendments also reduced plans for a public holiday on Election Day, although all public schools would close.

“I work to ensure that every voter, eligible voter in the State of New Mexico has adequate, easy and protected access to the ballot box,” Lujan Grisham said.