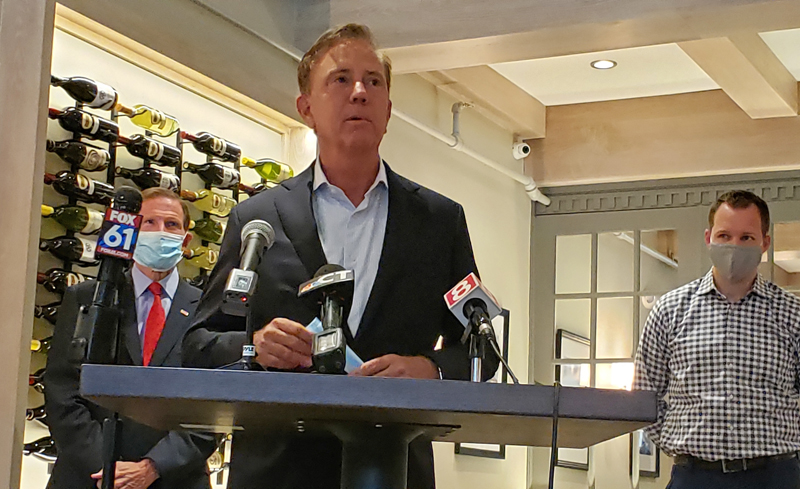 The state Department of Health issued an advisory stating that a New Haven County male, 40 to 49, is now self-isolating after being diagnosed, but the man has not did not have to be hospitalized.

Infections with the West African strain of monkeypox virus identified in this outbreak are rarely fatal, according to the Centers for Disease Control and Prevention.

Monkeypox is usually spread through skin-to-skin contact or through contact with contaminated clothing or bedding. Most patients suffer from fever, body aches, chills and fatigue. Others might develop a rash and sores. The illness usually lasts two to four weeks.

“The United States is currently experiencing an outbreak of monkeypox, and there will likely be more cases in Connecticut in the coming weeks,” Juthani said. “Monkey pox can be spread through close and prolonged contact with an infected person. This may include contact with broken skin or bodily fluids, sharing clothing or other materials that have been used by an infected person, or inhaling respiratory droplets during prolonged face-to-face contact.

After visiting Drew Marine in Waterbury, Lamont said he was made aware of the state’s first case of monkeypox. He urged the public not to overreact to the news.

“I think it’s very, very rare. You pay me to worry. I’m not that worried on that front yet,” Lamont said.

Monkeypox does not spread easily between people, according to the CDC.

The disease can spread from the time symptoms begin until the rash has completely healed and a new layer of skin has formed, according to the CDC. The rash goes through different stages before it heals completely. Sometimes people have a rash first, followed by other symptoms. Others only experience a rash.

State health officials are advising Connecticut residents who are concerned about fever, swollen glands and a new rash to contact their health care provider for an evaluation.

Healthcare providers should request an orthopoxvirus test for patients from the National Public Health Laboratory.