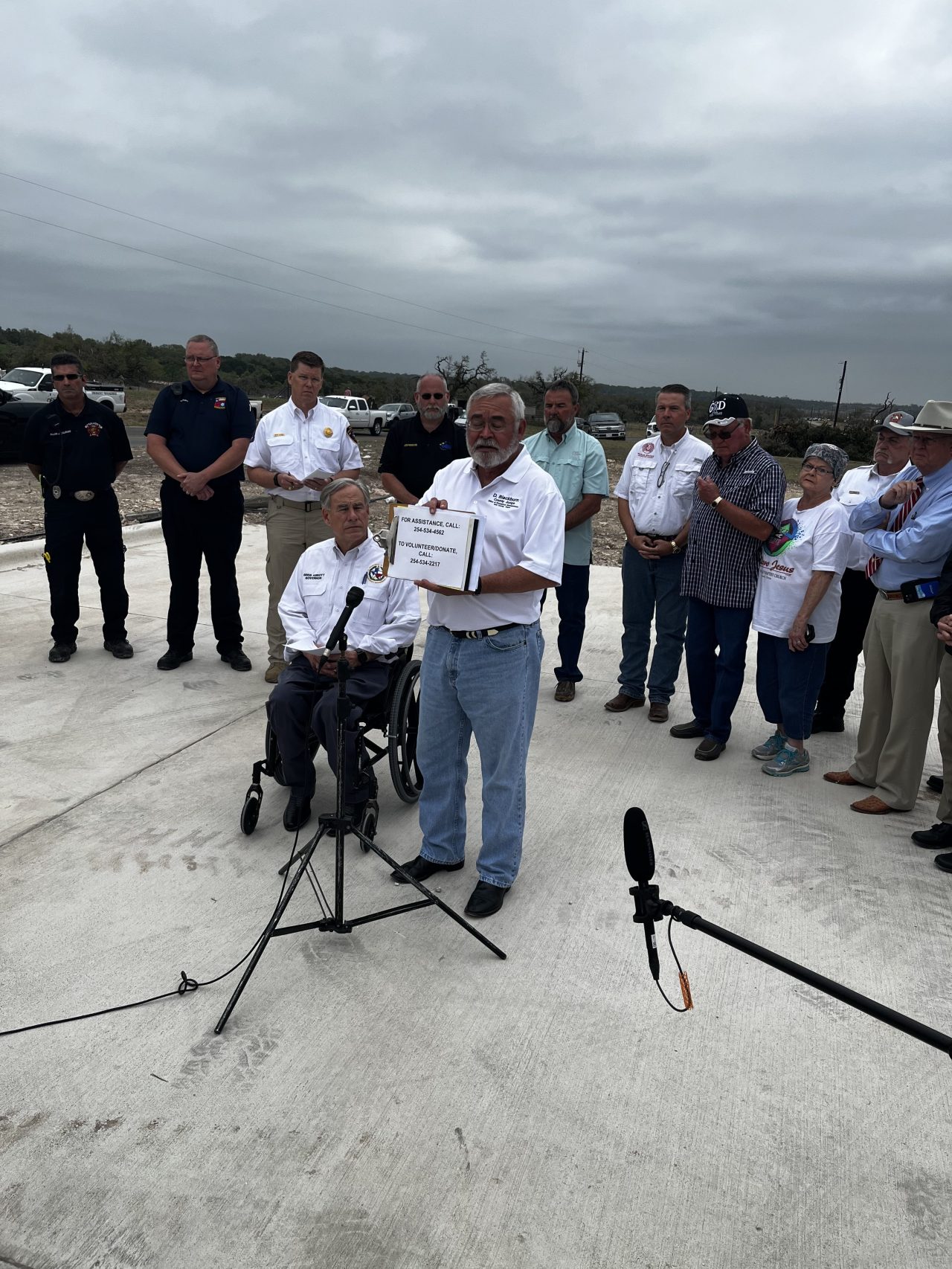 SALADO, Texas (Fox 44) — Gov. Greg Abbott spent the morning in Salado meeting with local leaders to determine community needs and how best for the state to serve them after tornado damage.

“We are going to be with you every step of the way,” Governor Abbott said.

Moreover, he has connected with people who have lost everything. Jamie Wilson’s family has lost their home.

“It’s exciting to be able to see that he cares,” Wilson said. “And he is here with us. And he wanted to come into the house and see her even in the condition she was in and just really connect with us and make sure we were taken care of.

Governor Abbott says one of the top priorities right now is debris removal.

“The state is working with local authorities to assist with debris removal,” Governor Abbott said. “It’s so important to remove this debris as quickly as possible and then start the rebuilding process”

Another priority is raising public awareness of donations and support.

“In typical Texas fashion, there are so many people in this area and in our state and maybe even in other states who want to step up and help those who have been damaged by these tornadoes,” the governor said. Abbott.

Blackburn says more than 70 structures were damaged at least by the tornado, including churches destroyed just before Easter Sunday. But, the pastors emphasized that the church building is just a building and the church is still there.

The cross that hung in the sanctuary is intact and is the focus of tomorrow’s Easter Sunday service.

“Everything was destroyed, but the cross wasn’t touched,” Jackson said. “Tomorrow morning we’re going to have service on this slab.”

Jackson says the building is gone, but the church is stronger than it’s ever been.