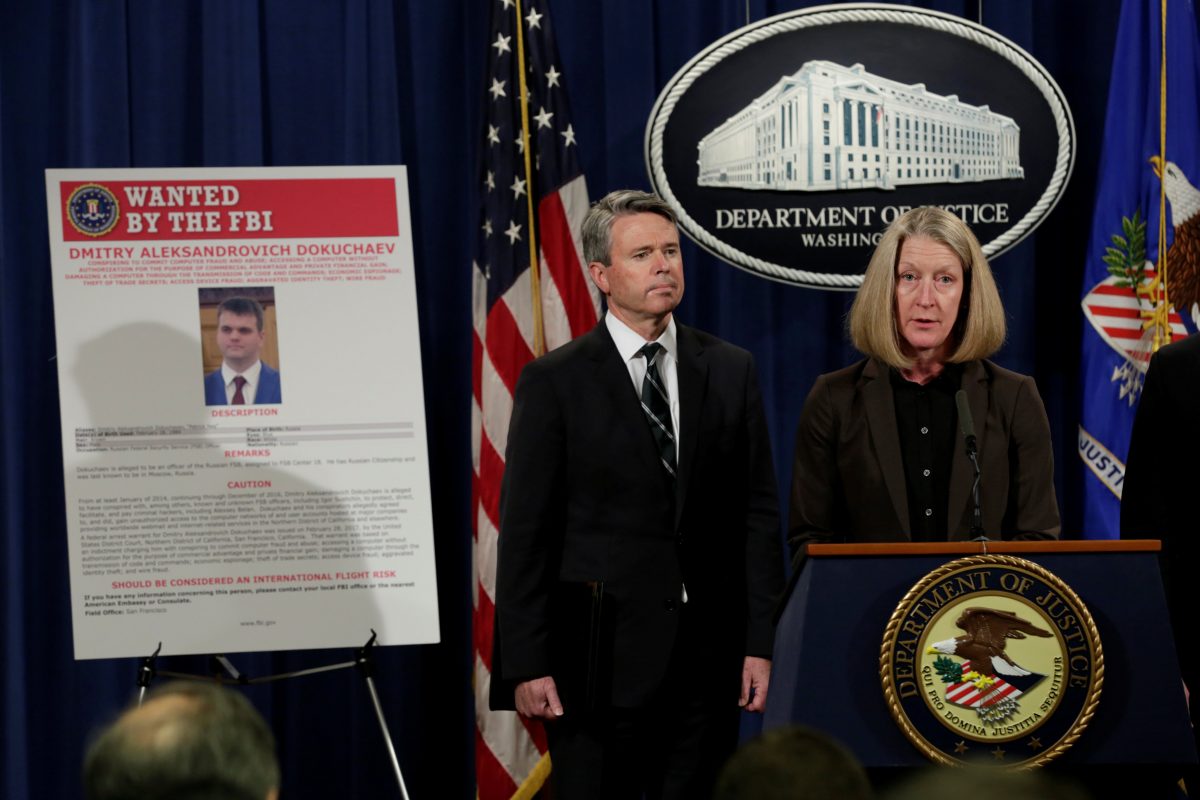 The same court denounced government officials in late 2019 for providing misleading information in four surveillance requests of Page, who served as a national security adviser to the Trump campaign.

The supervisory court appointed McCord, who was deputy attorney general for national security until May 2017, to be amicus curiae on April 15.

The Foreign Intelligence Oversight Court (FISC) relies on eight amicus curiae to provide advice and expertise on issues related to the collection of foreign intelligence.

McCord, who currently works at Georgetown University, helped oversee Crossfire Hurricane, the FBI’s investigation into the Trump campaign’s possible links to Russia. She was also involved in the review process of an FBI request for Foreign Intelligence Surveillance Act (FISA) arrest warrants against Page, a former naval officer who joined the Trump team in March 2016. .

McCord is named 25 times in a Justice Department Inspector General (IG) report that details a series of missteps by government officials in the Crossfire Hurricane investigation.

Although McCord was not criticized in the IG report, she reviewed and ultimately approved the faulty FISA claims against Page.

Most of the mistakes were made by FBI agents and officials and involved the bureau’s handling of the information of former British spy Christopher Steele.

The FBI relied heavily on Steele’s information to prove that Page was secretly working with Russia to help the Trump campaign. Steele alleged in a filing that the Trump campaign was involved in a “well-developed cooperative plot” with the Kremlin to influence the 2016 election.

Steele also claimed that Page played a key role in the Trump-Kremlin connection.

Several of Steele’s claims have since been debunked. Special Advocate Robert Mueller and several congressional committees have determined that there is no evidence that the Trump campaign conspired with Russia to meddle in the election.

The FISC also berated the FBI for making misleading statements in its requests to spy on Page. The Department of Justice struck down two of the four mandates granted to the office.

Justice Department officials, including McCord, are largely spared from criticism of the IG report. Much of the FISA’s failures are blamed on FBI agents and officials who failed to inform the Justice Department of evidence that undermined the theory that Page and other Trump aides were working with Russia.

FBI investigators have not disclosed the contradictions in the Steele case, as well as the exculpatory statements that Page and another Trump aide, George Papadopoulos, made in conversations with a secret FBI source.

McCord told the IG that Justice Department officials believed Page’s surveillance would help the FBI investigation. She also appeared to acknowledge that surveillance could one day be criticized.

“She said the collective thought was that filing the request was a legitimate investigative step although it could later be criticized unfairly,” reads the IG’s report, which was released on the 9th. December 2019.

McCord told the IG she spoke to Andrew McCabe, who was the FBI’s deputy director, about the file and its use in FISA applications. She said she informed McCabe that the FISA application should include more information about who hired Steele.

FISA applications do not disclose full details of who funded Steele’s work. Steele was eventually paid by the Clinton campaign and the DNC, which hired opposition research firm Fusion GPS through their law firm, Perkins Coie.

McCord told the IG she had played a limited role in overseeing the FBI’s investigation into the Trump campaign, dubbed Crossfire Hurricane. She said she did not attend any of the weekly meetings of the Justice Ministry’s national security division on the investigation held before the 2016 election.

She said she attended post-election meetings regarding the FBI’s investigations into Michael Flynn and Paul Manafort, two Trump associates who were the initial targets of Crossfire Hurricane. McCord received a full Crossfire Hurricane briefing in January 2017, she told the IG.

Three officials who signed FISA claims against Page – former FBI Director James Comey and former Deputy Attorneys General Sally Yates and Rod Rosenstein – said last year they wouldn’t have done so if they had heard of the revelations of the IG report.

McCord did not immediately respond to a request for comment.

Another FISC amicus curiae is David Kris, a former Justice Department official who defended FBI surveillance of Page before the IG report was released.

In 2018, Kris claimed House Republicans “falsely accused the FBI of cheating on the FISA court.” He also said it “was not true” that the FBI had misled the court about the Steele case.

Of the Daily Callers News Foundation

Content created by The Daily Caller News Foundation is available free of charge to any eligible news publisher who can provide a large audience. For licensing opportunities of our original content, please contact licensing @ licensing @ dailycallernewsfoundation.org.

Grand Lagos project and my conversation with an official, By JEROME-MARIO UTOMI

No politician, Nigerian or government official from Sokoto has visited us for…