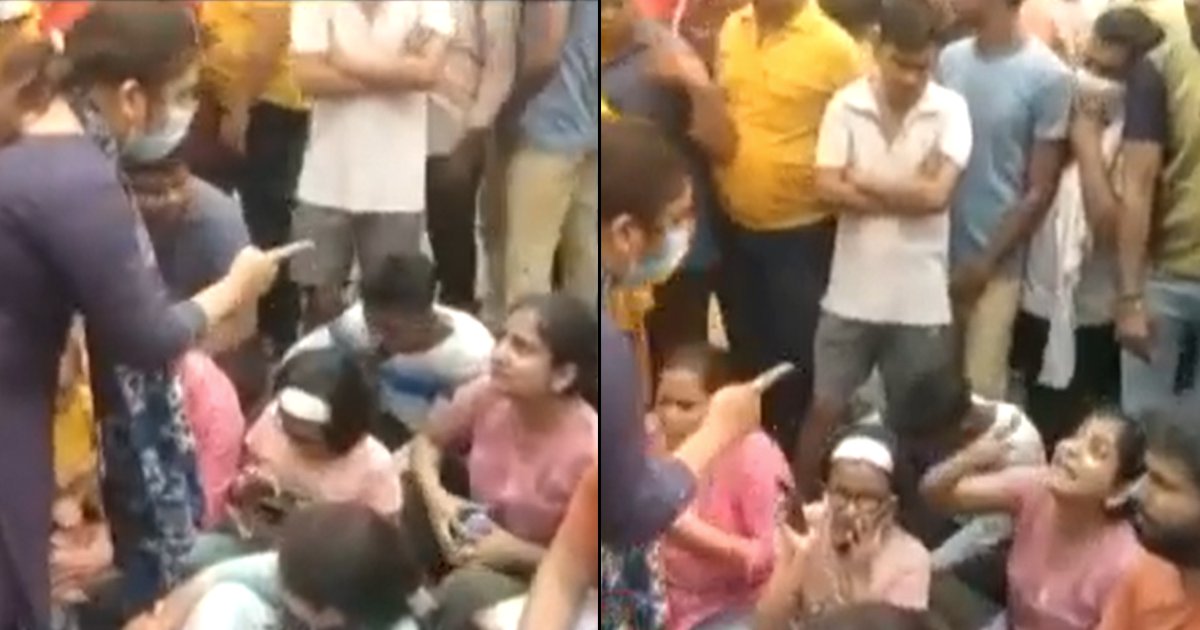 Event. A grieving mother. A bereaved family. An impertinent authority.

Class 4 student Anurag Bhardwaj was on his way to school on Wednesday morning when he stuck his head out of the school bus window after feeling suffocated. Within seconds the driver took a sudden turn and the 10-year-old boy’s head hit the nearby pole and he died from his injuries on the spot. He was from Dayawati Modi Public School, Modinagar.

In a video that emerged after, the Magistrate of Modinagar Subdivision, identified as Shubhangi Shukla, is seen shouting excruciatingly at the grieving mother sitting alongside her family in protest against school authorities.

The horrible exchange lasts for some time. SDM tries to calm the grieving mother. She further insensibly shouts at him, asking “why don’t you understand anything?”

Anurag’s family had previously complained to school authorities that the buses were packed with students and lacked a supervisory presence. The bus in question did not even have a proper fitness certificate.

The family accused the school of negligence. According to reports, an FIR for murder and criminal association has been registered against the school authorities, the bus driver and the co-pilot.

Seeing the seriousness of the incident, Yogi Adityanath, Chief Minister of Uttar Pradesh, intervened in the matter. He requested a report from the district magistrate. He also ordered security checks on the buses and assured that the necessary measures will be taken against those responsible.

Inslee appoints Michael MacKillop Director of Services for the Blind

Government official: Hungarian language education is the key to the nation’s future