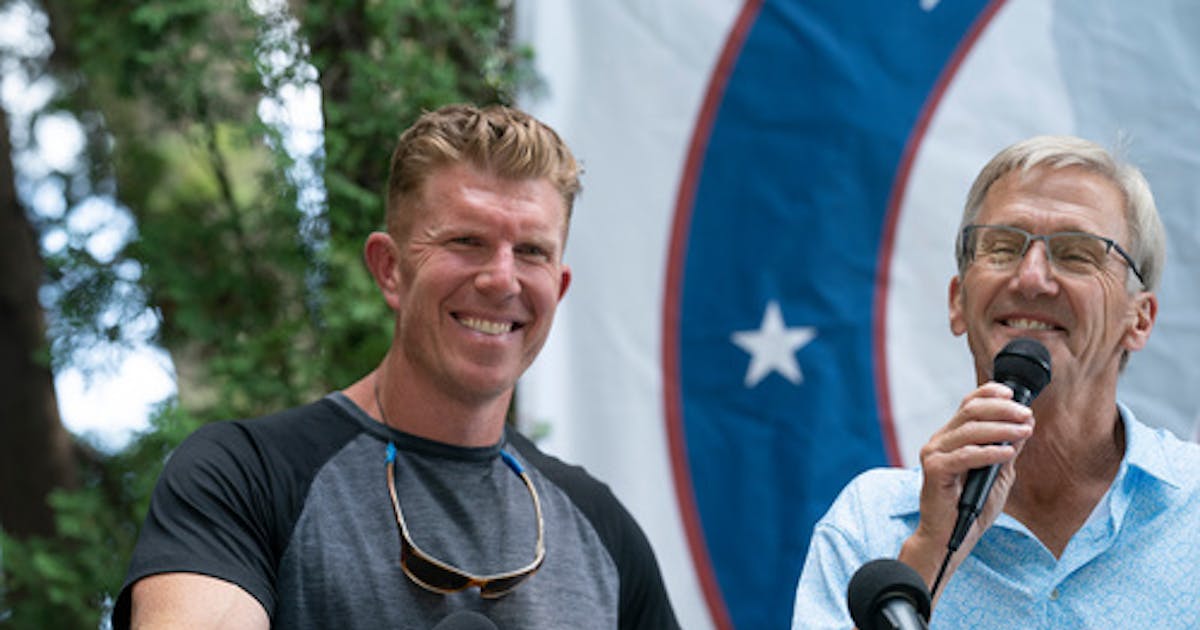 Parents would have more control over school programs and families could receive funding to send their children to private schools under an education plan that Republican gubernatorial candidate Scott Jensen unveiled on Tuesday.

His proposal in ten points follows the release of state data showing low test scores over the past school year, and comes after Democratic Gov. Tim Walz launched an ad attacking Jensen for saying he would spend less on public schools.

“We need to increase performance,” Jensen said. “And stop thinking that dollars are always going to get us where we need to go.”

His plan includes priorities that GOP lawmakers have imposed on the state Capitol, such as a “parents’ bill of rights.” This would create a portal for parents to review the curriculum and books used in classrooms and provide feedback to their school board. Jensen also wants to put state dollars into college savings accounts for students — often called school bonds — allowing the money to be used on the school of the family’s choice, including private schools. .

Jensen and his running mate Matt Birk, who started a private school with his wife, posted their education plan at the Minnesota Republican Party’s State Fair booth. It is the latest in a series of ten-point plans the two have rolled out over the past few months, including proposals on the rural economy and energy.

“Our children are failing and our school system is failing for our children and our families,” Birk said, later adding, “We need to have a more personalized approach – more choice, different types of schools, probably more schools and smaller schools.”

Their plan condemns critical race theory, an academic concept of systemic racism. Other points include promoting homeschooling and expanding post-secondary enrollment in trades and agribusiness. They suggested the government, nonprofits, law enforcement and churches team up to help students with mental health issues and revamp schools with low test scores.

“We will redesign the very underperforming schools, whether in public schools in Minneapolis or elsewhere, by creating a new governance structure by converting schools to charters, autonomous schools, non-public schools or other models. “, indicates the plan.

“Scott Jensen’s radical plan to convert public schools to private ones and put politicians in charge of student learning takes his ideology of ‘defunding public education’ to a new extreme,” he said Tuesday. Walz’s campaign manager Nichole Johnson in a statement.

Walz ad campaign released this week discusses the past two difficult years for students and notes that the Governor has committed funds to summer programs to help children catch up and “fought to fully fund our schools.” He also highlights an MPR News interview where Jensen said he would spend less on public schools, saying, “I think it’s a black hole.”

Jensen said he doesn’t understand what “fully fund” means and noted that the state made a significant increase in K-12 spending in the last budget. He stressed that it was time to try new approaches.

Trump reappears in the race for governor of the Mass. with a pre-primary “tele-rally” for GOP hopeful Geoff Diehl