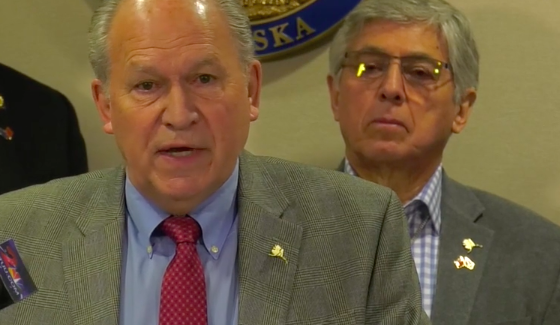 Former Alaska Governor Bill Walker transitioned from pro-life Christian to pro-choice politician while serving as governor from 2015 to 2018. Heavily influenced by his Democratic managers and staff, he previously favored the saving babies’ lives, a position he gave up in his bid to seek re-election from Democrats in 2018.

Between 2010 and present, Walker has reneged on protections for the life and liberty of unborn children. He went from organizing a fundraiser for the “parental consent” bill in his own home to becoming the “I am an advocate for every woman’s body” candidate for governor. In 2010, Walker and Mead Treadwell were battling to be the No. 1 donors to the Parental Consent Bill.

Indeed, Walker, an attorney licensed by the Alaska Bar Association to practice in Alaska, believes that a proposed ruling trumps the Alaska Constitution.

“Today’s announcement is an attack on the privacy rights preserved in the Alaska Constitution,” Walker wrote on Twitter.

But Walker continued, “Whatever our personal beliefs, they do not supersede our founding legal document. When I take the oath to be the next Governor of Alaska, I will trade to protect our State’s Constitution…which guarantees that Alaskan women have the right to make decisions that impact their own health. without interference from politicians. That’s why I acted on my own to expand access to Medicaid, which has provided tens of thousands of Alaskan women with health insurance and access to contraceptives.

Then he called abortion a partisan issue used by extremists: “If legislation threatens to restrict the right to privacy, I will veto it. The impending action of the United States Supreme Court also underscores the importance of us coming together as Alaskans and defeating the efforts of partisan extremists to shred our Constitution.

Walker, like President Joe Biden, is looking for a foothold in the upcoming midterm elections, where Democrats are already performing poorly. They hope abortion will be the fire that will ignite their base and that the upcoming US Supreme Court ruling will reverse what is now seen as a red wave in the election cycle.

Biden also framed it as an election issue: “At the federal level, we will need more pro-choice senators and a pro-choice majority in the House to pass legislation that codifies Roe.,which I will work to pass and sign into law.