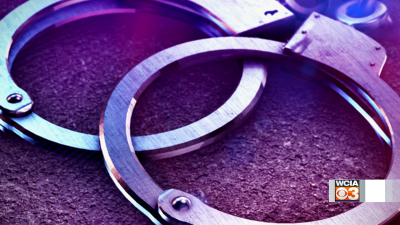 In a press release, Deputy Chief Paul Kuhns of the Effingham County Sheriff’s Office said he executed an arrest warrant at 817 Main Street in Mason. They served the mandate with the United States Marshals Task Force on Great Lakes Fugitives.

The warrant was issued in Vanderburgh County, Indiana.

Officers arrested Randall W. Sinclair, 59. He was living in Mason after moving from Indiana, according to Kuhns.

According to an affidavit, a sheriff’s deputy said that on December 12, 2020, Sinclair threatened to kill him and his family. They said the deputy was currently assigned to the U.S. Marshalls Fugitive Task Force and Sinclair made threats based on an arrest several years ago.

Officers said the deputy told them that about five years ago, the Indiana parole office asked the U.S. Marshalls task force to help arrest Sinclair. The deputy told his supervisor at the time that “Sinclair was his wife’s uncle and lived with his parents in Newburgh, IN.” He was found in the house and taken to Warrick County Jail and served time with Indiana Corrections.

Then, about four months ago, Sinclair told the family that he was going to “settle the score” and that people he knew in prison brought down the MP’s home and killed him. The deputy told officers that he was told Sinclair appeared to be under the influence of narcotics.

The deputy told officers he had learned that Sinclair had serious health problems and “had little to lose at this point in his life.”

Officers said Sinclair had an extensive criminal history “showing a pattern of violent behavior, drug and alcohol use, and intimidation.”

Sinclair is currently being held at Effingham County Jail.