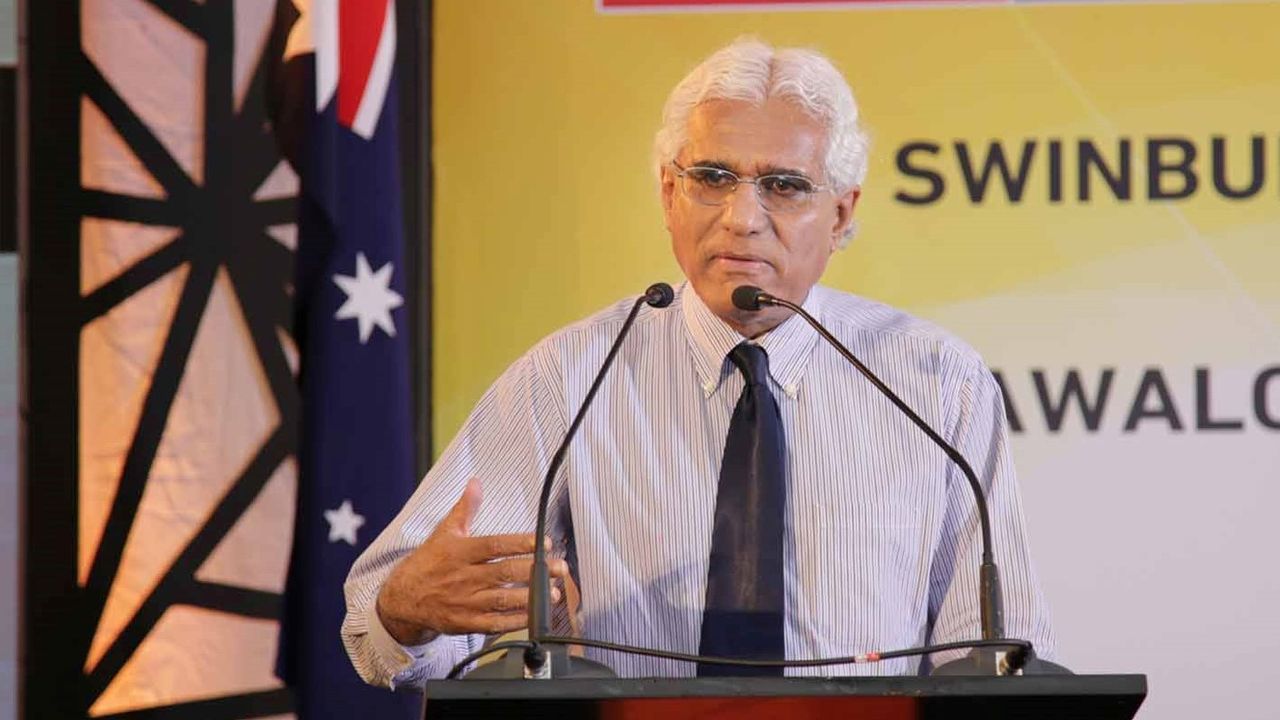 In an interview last weekend, the former Governor of the Central Bank of Sri Lanka, Indrajit Coomaraswamy, told the Thread: “Sri Lanka will have to bite the bullet or descend into the abyss.” His comments make it clear that the government’s austerity measures will significantly worsen the already severe social crisis facing workers.

Coomaraswamy served as governor from 2016 to 2019, under the “national unity” government of Prime Minister Ranil Wickremesinghe and President Maithripala Sirisena. He ruthlessly implemented the demands of the International Monetary Fund, resulting in widespread popular hostility which Gotabhaya Rajapakse exploited to win the 2019 presidential election.

The economic and political crisis in Sri Lanka is much more acute today. Three months of mass protests and strikes forced Rajapakse to flee the country this month and resign. Veteran right-wing politician Wickremesinghe has now been installed as president and as finance minister is tasked with negotiating an emergency loan from the International Monetary Fund (IMF) and imposing his dictates on a population already suffering from acute shortages and high prices for essentials, such as food, fuel and medicine.

Wickremesinghe is also determined to suppress any opposition. He has already exercised the autocratic powers of the executive presidency to impose a state of emergency and deploy the army to restore “public order”. In an emergency, security forces can ban demonstrations, arbitrarily arrest and detain people, and carry out searches.

Coomaraswamy warned that the Sri Lankan economy would contract by 8-10% by the end of next year compared to 2019 and that GDP would take five years to return to 2019 levels. He noted that the The IMF had already estimated this year’s economic contraction at more than 7%.

Highlighting the dire consequences for workers, he said “the data seems to suggest that by the end of the year half the population could fall below the poverty line which had been raised due to the inflation”.

Coomaraswamy asserted: “Almost all Sri Lankans now recognize that sacrifice is necessary and inevitable.” However, he is well aware that millions of people have already taken part in strikes and demonstrations against intolerable living conditions. In a warning to the ruling elites, he added: “We have to find a way to distribute the sacrifice and the pain according to the ability of the people to bear that pain.”

In reality, the capitalist class in Sri Lanka faces economic bankruptcy and has no alternative but to impose new burdens on the workers. The IMF is pushing for the government to further restructure and privatize state-owned enterprises, eliminate price subsidies, cut some public sector jobs, and increase and expand direct and indirect taxes.

Prices continue to soar. The cost of fuel and cooking gas has tripled this year. The Ceylon Electricity Board recently requested increases in its tariffs which will result in an 800% increase for its poorest customers. These huge price increases are a direct result of the government stopping the cash funds of the Ceylon Petroleum Corporation and the Ceylon Electricity Board. Fertilizer price subsidies were discontinued more than a year ago, causing prices to increase tenfold or more.

According to the FAO, as of last month, 13 million people, nearly two-thirds of the country’s population, were food insecure or did not consume acceptable dietary foods.

Public health and education are reduced to nothing, resulting in the most rudimentary services for the poorest segments of the population. The IMF is calling on the government to nearly halve the workforce in the public sector as a whole. Pensions and benefits for public sector workers must also be reduced or eliminated altogether.

The majority of public sector employees are working from home due to chronic fuel and public transport shortages. Only “essential” staff are called to work. Justifying the government’s plan to implement fuel rationing this week, Energy and Energy Minister Kanchana Wijesekera tweeted that fuel imports would be restricted for the next 12 months due to lack of currencies.

Yet, as the former Central Bank Governor explained, the government has no choice but to impose even harsher austerity. All establishment parties – in power and in opposition – insist that the only way to prop up the bankrupt capitalist system, protect corporate profits and pay off the country’s huge debts is to force workers to pay.

Unless led along this “very narrow path,” the working class must chart an entirely opposite political course. The resources exist to end the current social crisis but they are in the hands of the capitalist class.

The Socialist Equality Party has outlined a series of policies for the working class and rural workers to fight for, including:

* Workers’ democratic control over the production and distribution of all essential items and other resources essential to people’s lives!

* Nationalize banks, corporations, plantations and other major economic nerve centers and seize the colossal wealth of billionaires and corporations!

* Cancel the debts of poor and marginal farmers and small business owners!

* Guarantee jobs for all with decent and safe working conditions and wage indexation to the cost of living!

None of these policies will be carried out by the political establishment and its parliament.

As the PES explained in its July 20 statement launching a campaign for a democratic and socialist Congress of Workers and Rural Masses:

“Parliament’s selection as President of Wickremesinghe, the notorious IMF austerity enforcer and stooge of US imperialism, provides irrefutable proof that the political system is corrupt, undemocratic and totally controlled by US imperialism, the IMF and their agents in power in Sri Lanka. to classify.”

Therefore, “the working class must establish its own center of political power completely independent of the anti-democratic conspiracies of the political establishment and the capitalist state.”

The foundations of a democratic and socialist Congress of Workers and Rural Masses “must be laid by the workers and rural workers themselves through the establishment of action committees in workplaces, factories, plantations, neighborhoods and rural areas across the island to fight for their class interests”.

In such a political struggle, the working class in Sri Lanka must turn to their class brothers and sisters in India, throughout South Asia and around the world who are facing a similar attack on their standard of living. The crisis in Sri Lanka is the most acute expression of the global crisis of capitalism exacerbated by the COVID-19 pandemic and the US-NATO proxy war against Russia in Ukraine.

The SEP urges workers, youth and rural workers to take up this fight and to join and build the SEP as the revolutionary leadership needed for the struggles to come.