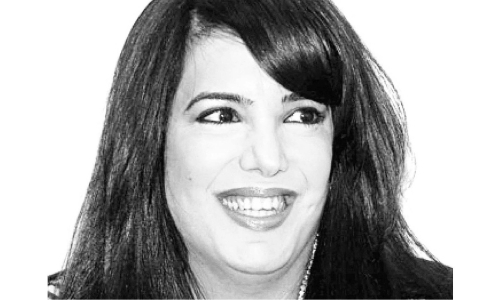 A personality recognized for his contributions to the intellectual arena of the Kingdom, Shaikha Maha began his career as an archaeologist before joining the media sector.

She was a civil servant in the Ministry of Information and during her tenure she presented proposals and documents to the World Intellectual Property Organization in Geneva.

His government career has also seen Shaikha Maha occupy the positions of Deputy Director of the Military Museum as well as Director of NGOs in the Ministry of Social Development.

A graduate of McGill University in Montreal, Canada, in Middle Eastern, Islamic and Jewish Studies, she was fluent in five languages. She earned a BBC World Radio Diploma in addition to other degrees.

Shaikha Maha represented the Kingdom at the WIPO International Symposium on the Strategic Use of Intellectual Property for Economic and Social Development in New Delhi in 2006 and delivered the group’s speech on international obligations, national interest and the search for balance.

She also represented the Kingdom at the Intergovernmental Committee on Copyright (thirteenth session) at UNESCO in Paris (2005), at the Conference on Broadcasting at the World Intellectual Property Organization (WIPO) in Geneva (2004 ).