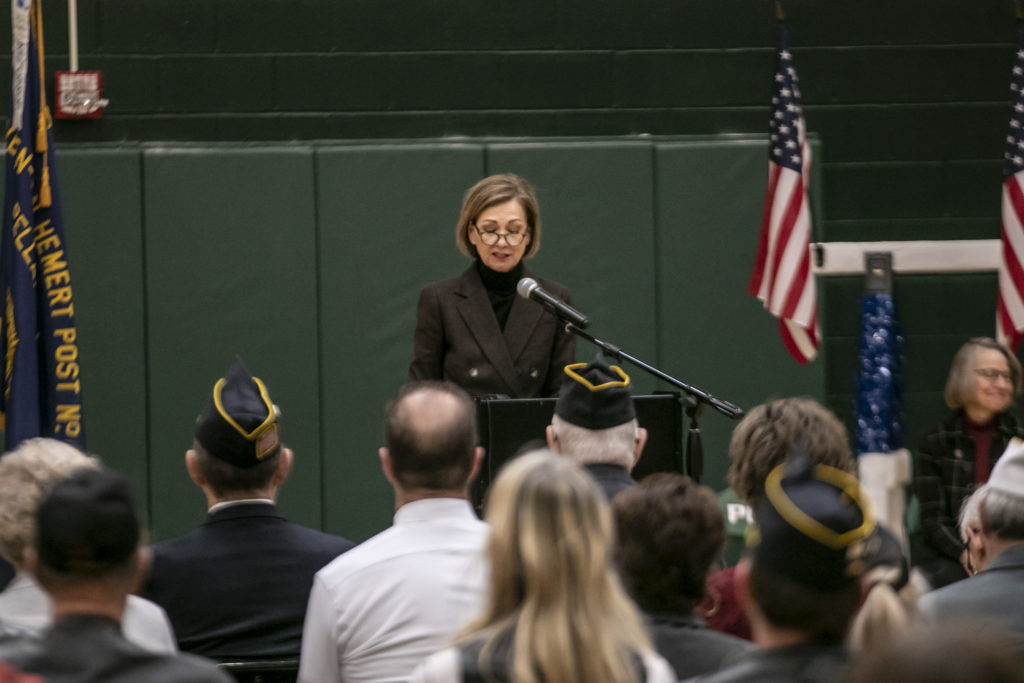 The first major funnel of the Iowa legislative session was expected this week, which means several bills not related to ways and means or appropriations needed to get out of a House or Senate committee to survive. During her visit to Pella this week, Governor Kim Reynolds said many of her pre-session priorities continue to run through either chamber, including a bipartisan biofuels bill that has passed the House with 82 votes, and some of its education priorities – including the controversial first scholarships for students.

This law, as written, would take public funds and direct them to private schools for 10,000 students from families whose incomes are underestimated by up to 400% of the US federal poverty level with nearly 2/ 3 of what is a public school district. would normally receive if that child attended its facilities — with the rest of that per-student amount redirected to smaller school districts with fewer than 500 enrollees.

Reynolds was quick to defend the measure on Wednesday, which has been criticized as a voucher program and poses a potential threat to K-12 funding and operations. Reynolds says the goal is to expand the ability to choose a private school over public options that can be difficult for families who otherwise couldn’t afford tuition.

In recent years, several measures similar to this year’s education bill have failed to garner broad support in the Iowa House of Representatives from both parties, with many citing the difficulty schools may face. whether they accepted public funds and the potential cost to the state of sending funds to families who otherwise would not receive public assistance.

DPC, a philosopher and scholar-politician remembered by scholars around the world

Readers of The Day – Day weigh in on the gubernatorial race