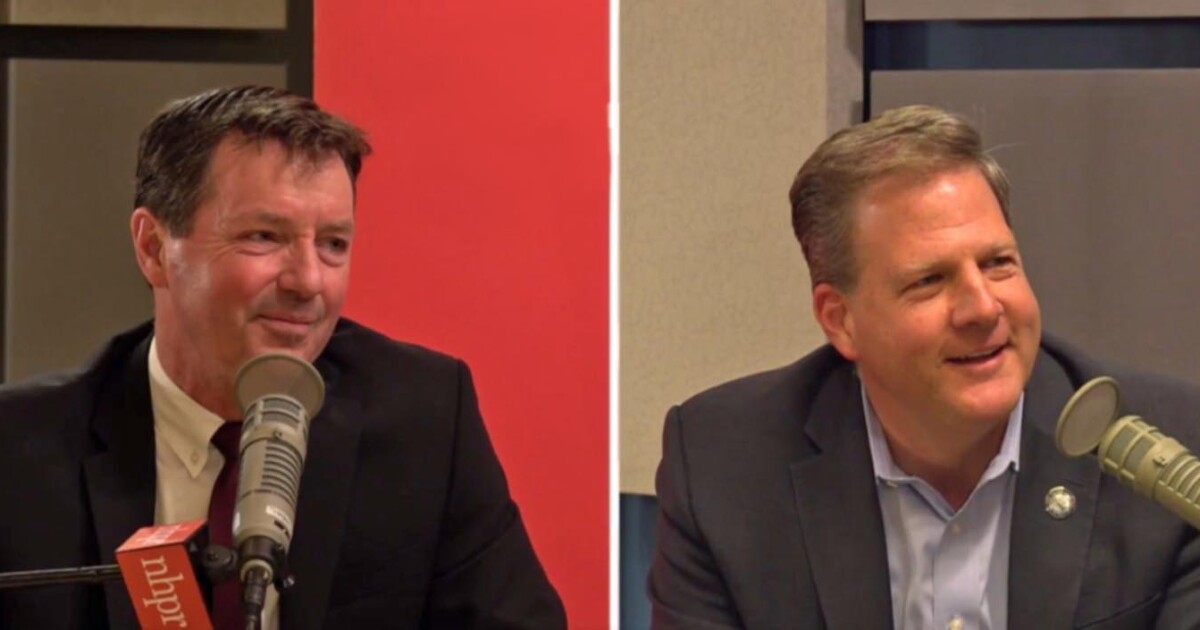 In a debate on Tuesday, candidates vying for New Hampshire’s governorship clashed over a number of issues, including abortion and election integrity.

In a debate sponsored by New Hampshire Public Radio and the New Hampshire Bulletin, Sununu claimed a “huge record of success” he wants to build on, while Sherman said Holder is “off track.” and did not focus on the struggles of the residents.

Housing costs in the state have reached record highs this year and more than 20,000 units are needed to create a stable market. Sherman criticized Sununu as he outlined a housing plan.

“It’s not a new problem. It’s a housing crisis which under Chris Sununu has become a housing crisis. We knew for several years that this was coming and yet nothing was happening until crisis becomes a crisis, and then he came up with a $100 million plan to do it using federal funds.

“I created the State Housing Appeal Board so that people could have the right checks and balances within this system. A demolition fund to get us out of town old stuff. So we’re very innovative in how we do it. We don’t just talk about it. We don’t just put it on paper. In fact, we invest those dollars and we make it happen.

Panelist Josh Rogers asked incumbent Sununu about his stance on abortion, which led to a clash with Sherman.

“The legislator put the abortion provision in the budget,” says Sununu. “We weren’t going to veto a budget where there was no ongoing resolution. So we weren’t going to shut down the government in the middle of a pandemic. But we are committed to creating more flexibility.

“I think the state absolutely has a role to play in making sure a woman has the right to an abortion,” Dr. Sherman responds. “We don’t have that in New Hampshire. And I just want to make it clear that the governor actually signed all of these provisions into the budget law. To say he couldn’t veto this one really isn’t, it’s a bit dishonest since he actually vetoed a budget two years ago for a much lesser reason. Think about what he signed into law. He signed a forced ultrasound on a woman wanting an abortion without medical reason.

“We got rid of that provision,” Sununu retorts.

But,” Sherman refutes, “he signed it.”

Governor Sununu was asked about his endorsement of other Republicans who promote the idea that the 2020 election was stolen. Both Sununu and Sherman praised the integrity of New Hampshire’s electoral system, but disagreed on approving candidates.

Of course, the election was not stolen,” Sununu said. “It’s all nonsense. It’s absolute nonsense.

“So why do you approve,” pressed Rogers, “of a candidate who says that?”

“You don’t endorse a candidate or endorse individuals based on an issue, do you?” defends Sununu. “You approve and support candidates based on financial responsibility, leadership, all the other things that come into play.”

“I would never endorse anyone who says the next election will be stolen,” Sherman replies. “That’s what Don Buldoc said. You don’t approve of someone who already says they won, lost, or won.

Sherman stressed the need to switch to renewables, while incumbent Sununu disagreed that such a move would help cut costs.

“It’s clear that renewables reduce costs,” says Sherman. “No one is talking about taking out natural gas or fossil fuels because every state currently depends on it to some degree. Any attempt to expand our energy options has been blocked by the governor. We know the real benefit goes to the taxpayer .

“This idea that renewables, all renewables, lower your energy cost is completely wrong, beyond wrong,” Sununu counters. “It’s all on your bill. All these renewable energies require a subsidy. So every time you turn on that switch, you all have to pay that subsidy. »

Why You Should Care About the Texas Lieutenant Governor’s Race