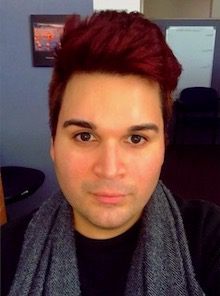 Pierce County residents have another reason to celebrate this Pride month as the county government has chosen its first-ever LGBTQ and Hispanic public office holder. Pierce County Executive Bruce Dammeier appointed Erasmo Ruiz to the new Pierce County Immigrant and Refugee Affairs Commission, a position he will hold for the next three years.

“It’s really important, especially now that the country is divided as it is, for other LGBT and Hispanic people to see people like them reflected in public service,” Ruiz said. As commissioner, he will add a unique perspective to the commission which is made up of nine members representing a wide range of populations in Pierce County.

The commission was formally set up by the county council last October to serve as an advisory board to the Legislative and Executive Branches of Pierce County Government on issues important to immigrant and refugee communities, including employment, economic development, public health, educational achievement, citizenship, public safety, criminal justice, civic engagement, access language and the protection of civil rights.

“There is a large immigrant and refugee population in the Puget Sound area and in Pierce County,” Ruiz said. “Sometimes they can feel like they don’t have a voice, but they’re here in our communities and paying taxes, so I think it’s important that they’re represented as well.

The commission is currently planning its schedule of meetings and developing its action plan, and these could be in place by the end of the summer. Public engagement will help inform the commission, and Ruiz looks forward to that.

“What I’ve learned over the years is that it’s really important to engage with people individually and talk to them. It’s hard to come up with good policy when you’re just sitting in an office” , did he declare.

Ruiz is particularly interested in the North West Detention Center and wants to see for himself how inmates are treated there, what he will have more power to do as Immigration and Refugee Affairs Commissioner.

“About a month ago the Supreme Court handed down a decision that basically said immigrants can be detained for as long as the government wants. One of my goals is to see how the living conditions are there. given this decision,” he said. “That’s what motivated me to be part of the commission. It lit a fire under me to truly be an advocate for vulnerable and marginalized communities. Everyone deserves fairness, respect and dignity and I I really hope that the people in the detention center will be treated fairly and humanely.

Ruiz brings a lifetime of personal experience to the commission in that he is the son of immigrant parents who came from Mexico to start a new life in the United States Settling in Hood River, OR, Ruiz was born and raised there while his parents worked hard to support their family by working seasonally in the fields picking cherries, pears and apples and also working in a fruit packing factory. His mother and father recently retired after 30 years of hard work.

“I come from this background as the son of low-income immigrants who didn’t have a lot of support. It’s really intimidating when you have parents who don’t have the social and cultural capital to support you with things”, Ruiz “When you are a teenager and people tell you to go back to Mexico, I grew up hearing these things, so it makes you really strong and really empathize with people who are discriminated against because you can hypothetically walk in their place.”

Erasmo is the first generation in his family to attend and graduate from college. A student at Portland State University, he earned his bachelor’s degree and then his master’s degree in leadership and education policy. By focusing his master’s research on identifying barriers and finding solutions for traditionally underserved and underrepresented students seeking higher education, he has effectively reinforced his calling to be a resource and source of support. for people like him.

After spending some time abroad in Madrid, Spain, teaching English and science at a primary school there, Ruiz returned to the Pacific Northwest about five years ago and took a job at a non-profit organization in Seattle as a bilingual immigrant and refugee counselor. children and young people. Now he works for another LGBTQ friendly non-profit in Tacoma which administers state and federal grants to support community-based foster care programs for immigrant and refugee children and youth. When he learned that volunteers were needed to help train the Pierce County Immigrant & Refugee Affairs Commission, he stepped up and is thrilled to have been selected.

‘I never really thought about holding public office or that I could,’ he said, and now he’s even more inspired to take on future duties, possibly political office in the House. Representatives or the State Senate.

“I also have other goals where I could potentially influence change and bring my unique perspective as a Hispanic, Latino, and LGBTQ to fiercely advocating for the rights of our community, especially now with women’s and immigrant rights. I feel like I’ve gained a bit of experience over the years where I feel comfortable now defending and speaking.