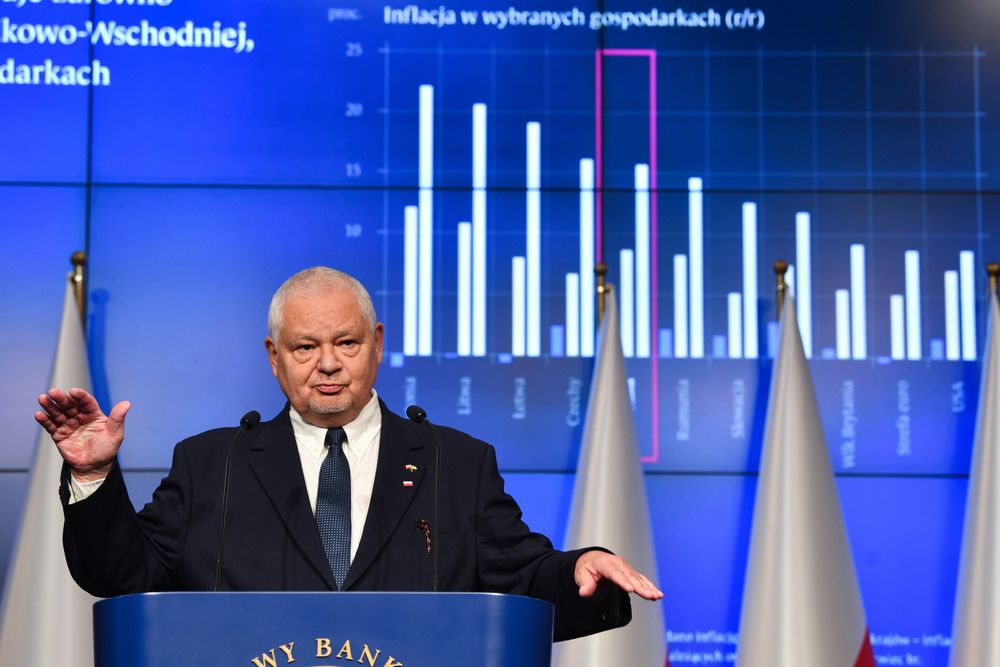 Adam Glapiński, the head of the National Bank of Poland (NBP), said the bank would seek to hold a prominent opposition politician legally responsible for comments he made about him.

Tomasz Siemoniak, deputy leader of the Civic Platform (PO), the main opposition party, said that if PO wins the next parliamentary elections, “strong people will come and take the president (NBP – PAP) out of the bank.

Glapiński told a press conference on Friday that the NBP’s legal department was preparing “the relevant letters to the competent legal authorities to bring Siemoniak to justice.”

“This is a punishable threat and an attack on the independence and sovereignty of the NBP, an attempt to force the NBP to make a decision,” he said.

“I would be scared if Poland entered such a period in its history where ‘strong people’ remove government officials from institutions they don’t like. I hope it doesn’t come to that,” he added.

Glapiński also said PO leader Donald Tusk “lied” about the legal expertise of the president’s office regarding the NBP leader’s next term.

Tusk said last week that if PO takes power it will “take Glapiński out of the NBP”. He added that experts from the president’s office had indicated “legal hurdles related to Glapiński’s re-election for a second term as central bank governor.”

Glapiński, who was recently nominated for a second term as head of the bank, said on Friday he “had just met” President Andrzej Duda.

“Andrzej Duda explained to me that what Tusk said to Radom is a lie. Donald Tusk is lying. There was no expert opinion in the president’s office regarding the legal possibilities of reappointing me for another term It’s a lie,” Glapiński said.

He announced that he would send a letter with the quotes to all central banks and other international institutions linked to the central bank to “show how some people imagine the situation developing in Poland”.

“These people should be excluded from public life once and for all,” Glapiński said, referring to Tusk.

He added that similar threats of “violent actions” had been made against the President of the Constitutional Court, Julia Przyłębska.

“Poland is not a country where people are forced to quit,” Glapiński said.