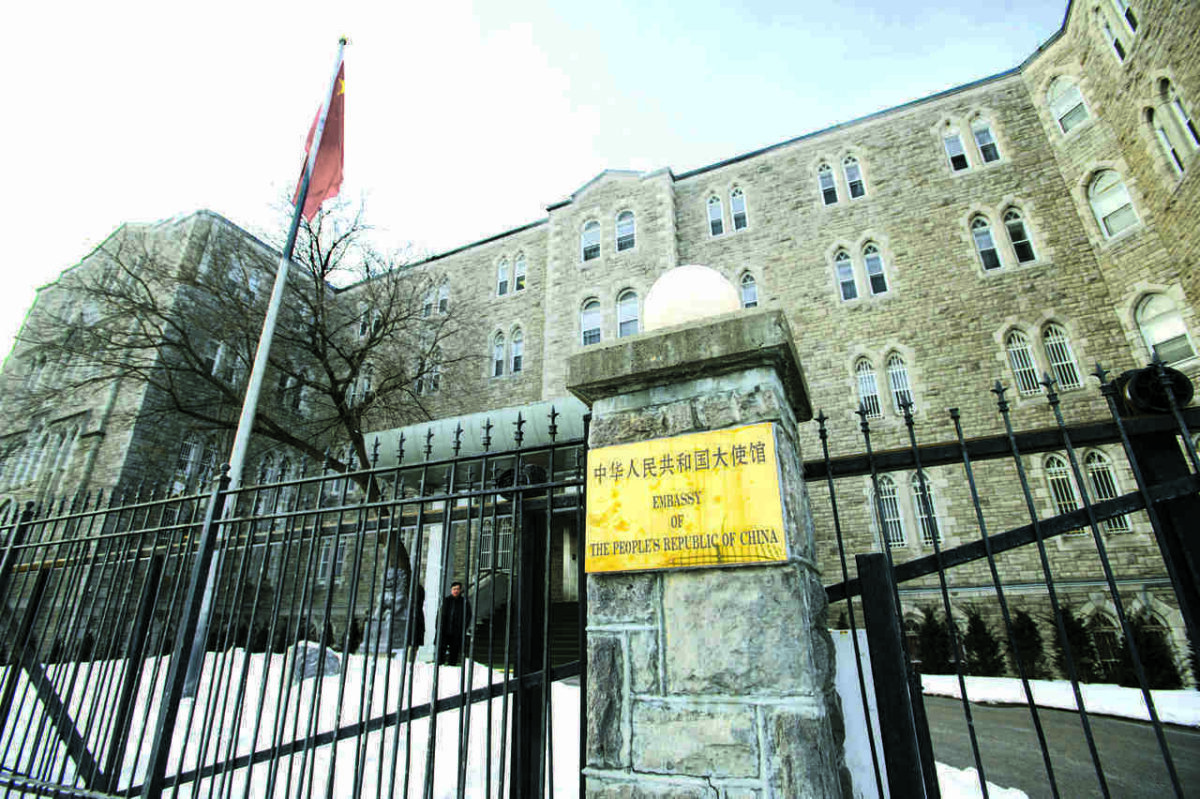 During his testimony before the Canada-China parliamentary committee on September 4, Weldon Epp, director general of the North Asia and Oceania Bureau of Global Affairs Canada, said that if the allegations turn out to be true, the activity “would not fall within any legitimate police-to-police relationship”. liaison role” between the two countries, and that Ottawa would take “serious steps” with Beijing.

“The activity that is alleged would be entirely illegal, totally inappropriate and would be subject to very serious representations and diplomatic follow-up,” Epp said.

At the time of publication, the report identified 54 overseas Chinese police stations in 30 countries, including three in Toronto. The police stations are all under the jurisdiction of two local police departments in China: the Fuzhou Public Security Bureau in Fuzhou City, Fujian Province, and Qingtian County Police in Zhejiang Province, according to The report.

Peter Dahlin, founder and director of Safeguard Defenders and co-author of the report, previously told The Epoch Times that in addition to the three stations in Toronto, two in Markham and one in Scarborough, whose locations were published in a ‘Chinese state…there are likely other unofficial Chinese police stations that either exist or are being established in Canada, although they have yet to be discovered.

Dahlin said that during the investigation, his team came across a press release issued by Beijing on July 5, 2018, indicating that 10 other provinces are expected to launch similar operations on a pilot basis.

Epp, who served as Canada’s consulate general in Shanghai from 2015 to 2019, said there is no bilateral treaty with China that would allow Chinese police to reside in Canada and open their police stations on the Canadian soil.

“Violation of our sovereignty”

During questioning, Conservative MP and foreign affairs spokesman Michael Chong asked Epp if Global Affairs had made representations to the Chinese regime “that it is unacceptable” that the CCP has allegedly established police stations, which he said would be used to “intimidate”. Canadians and even force them to return to China.

Epp said his department was working with partner agencies to determine “if there is a basis for the allegations.”

“I can tell you that we are working closely with partners to understand whether these media reports are fact-based,” Epp said, adding that the department routinely raises concerns with senior levels in Ottawa and Beijing. regarding “the growing evidence of increasing foreign interference”. “from China.

Epp was referring to a series of reports issued by the National Security and Intelligence Committee of Parliamentarians to federal agencies. He said evidence from these reports suggests that the biggest source of foreign interference in Canada by foreign state actors “comes from the PRC.” [People’s Republic of China] source.”

Chong also asked if Global Affairs was investigating whether diplomats accredited to the Chinese Embassy and other missions in Canada were involved in the alleged police stations and whether the government had sent officials to verify the three published locations. in Chinese state media.

“Without trying to frustrate the line of questioning, I just want to emphasize that the investigative role that is essential here, before we take any significant and anticipated diplomatic action in response, is quite crucial,” Epp replied.

Tory MP Raquel Dancho asked who Global Affairs was working with during the investigation, to which Epp replied that it was not appropriate for him to discuss operational details on camera.

“Visas must be revoked”

Glen Linder, director general of social and temporary migration at Immigration, Refugees and Citizenship Canada (IRCC), also testified at the committee meeting, where Chong asked him if IRCC had carried out a status check for people working in the alleged police. stations.

“Is there an investigation going on right now to determine their immigration status? Because if these people came here from the People’s Republic of China under false pretenses, these visas should be revoked,” Chong said.

“As my colleague from Global Affairs mentioned, [we are] take the issues very seriously and there are discussions with the partners,” Linder replied.

Liberal MP Jean Yip, who represents the riding of Scarborough-Agincourt in Ontario, stressed the importance of reassuring Canadians, especially those residing in Scarborough and Markham where the alleged unofficial police stations are located. She asked Epp how an investigation would be conducted if a voter was harassed, intimidated or coerced by the alleged centers.

“What can they do? Just go to the local police?” she said.

“We encourage individuals not only to inform Global Affairs, so that we can undertake appropriate communications with [the] Chinese government, but that they should report them to the police,” Epp said.

NDP MP Heather McPherson said the suggestion for citizens to contact Global Affairs was ‘unnecessary’ given that after years of working in the international development sector, she has yet to find a way to contact Global Affairs itself. She asked if the federal department interacted with local police departments and if the police were trained to deal with such requests.

“Information and intelligence sharing is done through the RCMP with local police forces, but Global Affairs Canada works closely with the RCMP, with CSIS and other intelligence parties,” said Epp said. He added that his department shares information on foreign interference with these partners.

“In terms of their specific operational training … that goes beyond my expertise in how police services will honor that information and translate it into practice. [training],” he said.

“There is a lot of discussion about how to reduce the distance between Canadians who are going through this and who know how to deal with it,” he added. “It’s very important, but I just want to stress that the operational manager must always be the police. It’s not enough, but it’s the first [step].”

Asked by Dancho if Global Affairs will make a public announcement if the allegations prove true, Epp said he would defer to the RCMP to make the decision. When pressed to provide a timetable for the completion of the investigation, he said he was unable to do so.

“Nothing to deter them”

Aileen Calverley, co-founder and administrator of human rights group Hong Kong Watch, said it was “very shocking” to learn of the alleged unofficial police centers established by the Chinese regime.

“They do it openly because there is no legislation, there is nothing to deter them, nothing to punish them,” Calverley told the committee, adding that the stations are meant to intimidate those who speak out. the system of government.

“They can intimidate people like us. I have lived in Canada for many decades – now I am scared,” she said.

Calverley proposed that Canada put in place new legislation and ensure that those affected are registered as foreign agents.

In response to Calverley’s testimony, Senator Leo Housakos took to Twitter later that night, praising her for “exposing the Chinese communist regime.”

“It is high time that members of both Houses support my legislation on the register of foreign agents, Bill #S237. It’s time to really tackle foreign interference and intimidation on Canadian soil,” he said.

Andrew Chen contributed to this report.

Isaac Teo is an Epoch Times reporter based in Toronto.