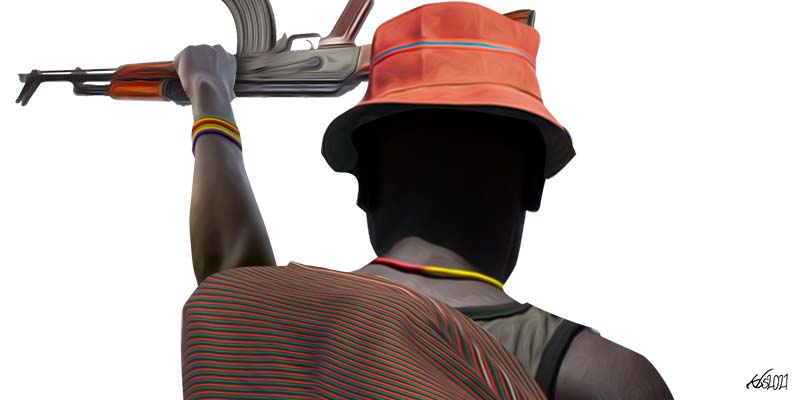 ABRAHAM & HALAKHE – Conflict in Marsabit: voter and politician locked in a dance of death

This is a call to conscientious Kenyans to step back and reflect on the lies about education that are circulating in the media, the school system and the government. Foreign sharks have camped in Kenya to distort our education. Using buzzwords such as ‘quality’ and ‘global standards’, these sharks seek to destroy the hopes, dreams and creativity of young Africans, not only in Kenya, but across the region, and to reap the benefits. profit. With the help of teachers, bureaucrats and local journalists, they spread hatred of education among the population. At the same time, they ironically create a thirst for schooling that prompts parents to resort to desperate measures to educate their children, going so far as to accept violence and abuse in schools that lead children to commit suicide.

This madness must stop.

We must accept that education is a life enterprise through which people constantly adapt to their social and natural environment. Education is more than going to school and getting the right paper degrees. Education takes place wherever human beings process what they perceive, make decisions about it and act together in solidarity. This is why education, culture and access to information are inseparable.

However, since colonial times, the colonial and “independence” versions of the government of Kenya have worked hard to separate education from culture and access to information. They did this by crushing all other avenues where Kenyans can create knowledge. We do not have enough public libraries and our museums are underfunded. Art festivals, where people come together and learn unique cultural expressions, have been underfunded, and some say donors have been explicitly urged not to fund creativity and culture. In the meantime, artists are insulted, exploited and sometimes silenced by censorship, public ridicule and moralizing condemnations in the name of faith.

All of these measures aim to isolate the school as the sole source of learning and creativity, and this is what makes entering schools so fierce and abusive.

But entering school does not mean the end of the abuse. Once inside schools, Kenyans find that there is no arts education where children can explore ideas and express themselves. At school, they find teachers who are themselves subjected to constant insults and disruption from the Ministry of Education and the Teacher Services Commission. Under a deluge of threats and transfers, teachers are forced to implement competency-based training which is inconsistent and has been rejected in other countries. Many teachers end up absorbing the rationality of the abuse and inflicting it on poor children whose crime is wanting to learn. This desperation for education has also been militarized by the corporate world offering expensive private education and blackmailing parents into lining the pockets of book publishers.

Education is more than going to school and getting the right paper degrees. Education occurs wherever human beings process what they perceive, make decisions about it and act together in solidarity.

By the end of primary and secondary school, only 3 percent of the total applicants are able to continue their education. This situation only worsens inequalities in Kenya, where only 2% of the population has a university degree and only 8,300 people have as much as the rest of Kenya.

But listening to the government and the corporate sector, one would think that 98 percent of Kenyans have been to university. The corporate sector reduces education to vocational training and condemns the school system as inadequate to meet the needs of businesses. Yet, according to statements from the Kenya Private Sector Alliance (KEPSA) and the government, there is no intention to employ Kenyans who receive training. The government hires doctors from Cuba and engineers from China and then promises the UK to export our medical workers. KEPSA officially declares that we need to train TVET workers so that they can work in other African countries.

It is clear that the Government of Kenya and the corporate sector do not want Kenyans to go to school and become active citizens in their home country. On the contrary, these entities treat the school as a conveyor belt to make Kenyans for export abroad as labor and to cushion the theft of public resources through remittances.

The media and the church are also joining the war on education by brainwashing Kenyans to accept this dire situation. Kenyans are constantly bombarded by the media with lies about the makeup of college students and propaganda against “unnecessary diplomas.” The church has given up on prophecy and baptized every flawed education policy in return for maintaining its colonial dreams of keeping religion on the school curriculum to pacify Kenyans in the name of “morality.”

The government now intends to further restrict education through the Competency Based Curriculum (CBC) which seeks to limit education in ways that prevent children from pursuing subjects of their interests, and imposing quotas on who can pursue studies beyond high school. At the tertiary level, the government is developing an algorithm that will deprive the humanities and social sciences of funding. He says the funds will instead go to medical and engineering sciences, which are in line with Kenya’s development needs.

But remember foreigners do the work of medical professionals and engineers anyway, so “development” here doesn’t mean Kenyan professionals will be working in their home country. They will work overseas where they cannot be active citizens and raise questions about our health care and infrastructure.

The proposed funding for the arts, humanities and social sciences aims to achieve one goal: to reserve thought and creativity for the 3% of Kenyans who can afford it. This discrimination in the funding of university education consists in excluding the majority and the poor from spaces where they can be creative and develop ideas. It also seeks to prevent Kenyans of modest origins from questioning policies and priorities that have fallen under dubious concepts such as “development needs” which are widely studied in the humanities and social sciences.

It is clear that the Government of Kenya and the corporate sector do not want Kenyans to go to school and become active citizens in their home country.

Clearly, there is a war against education and against Kenyans being creative and active citizens in their own country. In order for the 8,300 Kenyans to maintain their monopoly on resources, they must distract Kenyans with anti-education propaganda, they must limit Kenyans’ access to school, and they must shut down alternative sources of training, education and training. information and knowledge. By limiting access to schooling and certificates, the 8,300 can exploit the work of Kenyans who have not been to school, or who have not gone far to school, by arguing that these Kenyans have not the “qualifications” needed for a better salary.

It is also necessary to name those who allow this exploitation. The greedy ambitions of the political class are anchored by people who, themselves, have gone through the school system. To adapt Michelle Obama’s famous words, these people have walked through the door of opportunity and are trying to close it behind them, instead of reaching out and giving more Kenyans the same opportunities that have helped them succeed. This tyranny is maintained by a section of teachers in schools, professors in universities and government bureaucrats, who fear all students and citizens who know more than them, instead of rejoicing in the range of Kenyan creativity and knowledge. Professors and bureaucrats, above all, are seduced by this short-sightedness with benchmarking trips abroad, spoon-fed foreign policies to be implemented in Kenya. They harvest Kenya’s legitimate aspirations and repackage them into deceptive slogans. For example, they characterize the limited opportunities as “talent consolidation” and call the government’s abandonment of its role in providing social services “parental involvement”.

These bureaucrats and academics are aided by the media which allows them to give Kenyans obscure sound clips that say nothing of what is happening on the ground. They are also making empty calls for a return to a pre-colonial Africa that they will not even let us know about, as they have blocked the learning of history and are writing policies to define the arts and humanities. We must put these people with enormous titles and positions to the test of their loyalty to the African people in Kenya. We call on them to repent of this betrayal of their own people in the name of “world standards”.

We Kenyans also need a broader conception of education. We need arts centers where Kenyans can meet and generate new ideas. We need libraries where Kenyans can get information. We need guilds and unions to help professionals and workers take charge of regulation, training and knowledge in their specializations. We need all work to be recognized regardless of certification, so that people can be paid for their work regardless of whether one has been to school or not.

We need the recognition of our traditional skills in areas like healing, midwifery, pastoralism, crafts and construction. We need better social recognition of achievements outside of business and politics. It is a shame that our runners who are the pride of Kenyans, our scientists, thinkers, artists and activists who gain international fame, are hardly recognized in Kenya because they were busy working, rather than stealing public funds for campaign in the next election. Our ideas are being harvested by foreign companies while our government bombards us with unnecessary bureaucracy and taxes that ensure we have no impact here.

We need all work to be recognized regardless of certification, so that people can be paid for their work regardless of whether one has been to school or not.

Above all, we must put an end to the obsession with foreign money as a source of “development”. We are tired of being seen as mere export workers, we are tired of foreigners being treated as more important than the Kenyan people. We are fed up with tourism based on colonial explorer tropes which treats Africans as a threat to the environment. And the names of those settlers who dominate our national consciousness must be removed from our benchmarks.

Development, whatever that means, comes from the brains and muscles of the Kenyan people. And the key for us to become human beings who proudly contribute to society and humanity is education. Not education in the narrow sense of jobs and diplomas, but education in the broader sense of dignity, creativity, knowledge and solidarity.