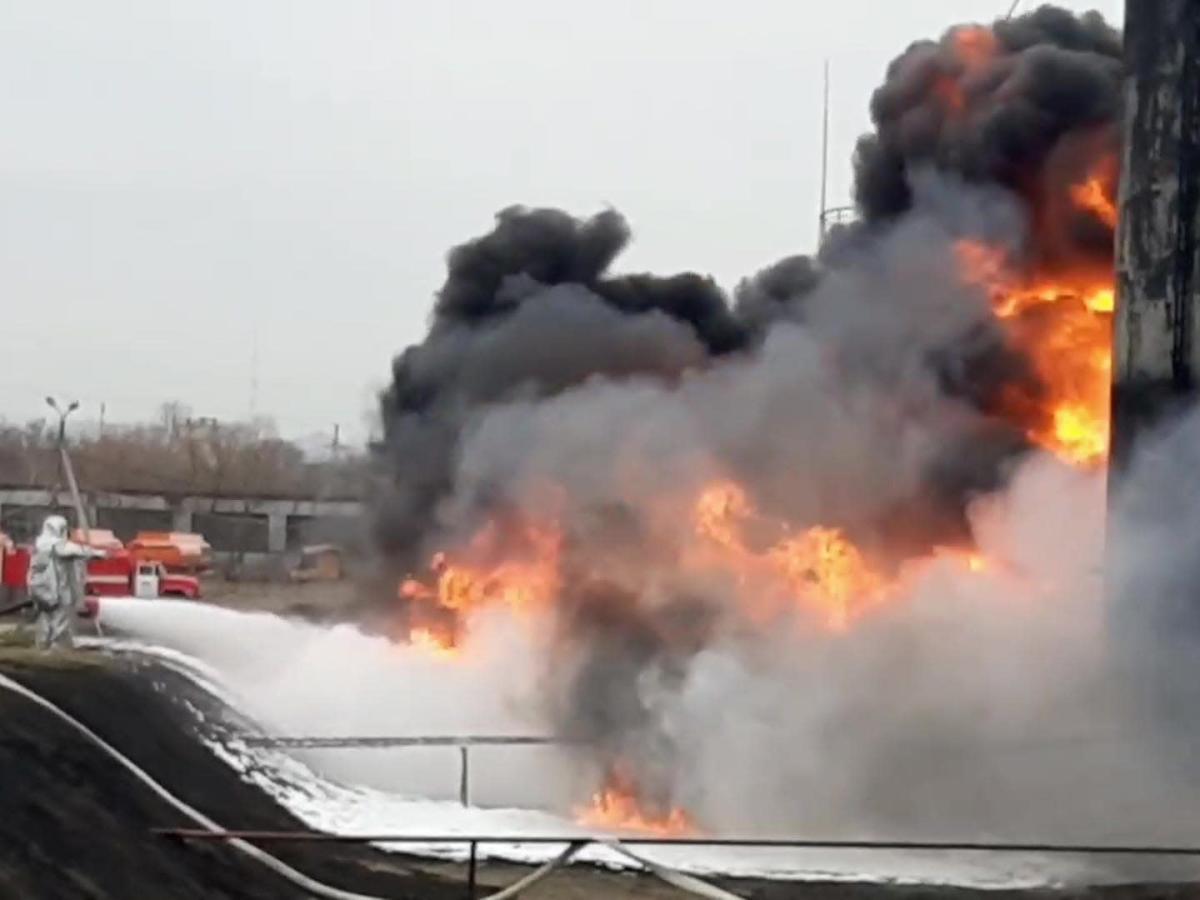 A Russian politician said Friday that Ukrainian forces blew up an oil depot on Russian soil in a helicopter raid.

Belgorod regional governor Vyacheslav Gladkov wrote on Telegram that two Ukrainian helicopters launched an airstrike on the depot in the Russian town of Belgorod, located 24 miles north of the Ukrainian border.

There were no casualties but two oil workers were injured, Gladkov said.

Insider could not verify the authenticity of the videos.

One was posted by a semi-official Ukrainian military account, with the caption “Ukrainian air force at work in Belgorod!”

However, when asked about the claims by journalists from the German newspaper BILDa Ukrainian military spokesman said Ukraine “does not have this information”.

He adds that the attack could be a false flag operation to justify further violence against Ukrainians.

The Russian Defense Ministry did not comment on the incident.

The apparent attack came amid a wider Ukrainian counter-offensive, focused on retaking parts of territory lost to Russia at the start of the war.

In recent days, Ukraine has taken over a number of cities like Trostyanets and Irpin, as well as the Chernobyl nuclear power plant. A US official told ABC News that Russia appears to have abandoned Hostomel from an air flight not far from kyiv.

The gains came when Ukrainian President Volodymyr Zelenskyy warned that Russia was preparing to shift the focus of its attacks on Ukraine, to focus on attacking the eastern Donbass region.

Zelenskyy said a claim that Russia was “drastically” reducing attacks on Kyiv was actually a repositioning.

US and UK intelligence have warned against taking Russian troop movements as evidence of a withdrawal.

“We need more support from our partners at this time. When the Russian army concentrates additional forces in certain areas,” he said.