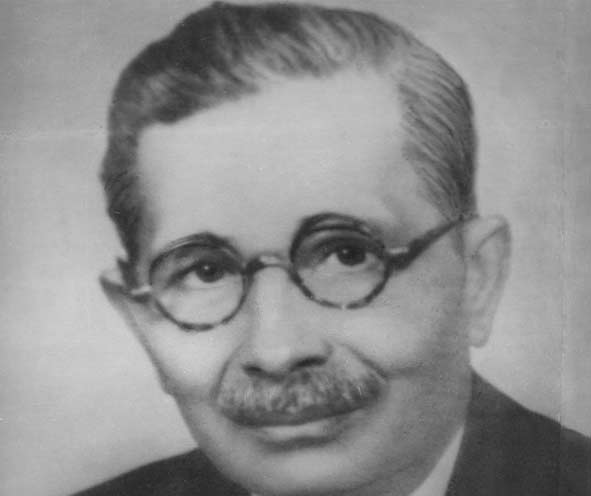 As far as our collective memory of the Indian Constituent Assembly debates on the night of August 14-15, 1947, most of us can only recall that Jawahar Lal Nehru delivered his famous “Meet the destiny” that night.

Despite all the PR highlighting this Nehru speech of that night, it is a fact that there were 4 speakers that night heralding a new dawn for India including one who fought for division of India and the creation of a separate Pakistan.

After Sucheta Kriplani started the program singing Vande Mataram, Dr. Rajendra Prasad was the first speaker. He first addressed the nation to remind the people of India of their duties in an independent country. Dr. Rajendra Prasad was then president of the constituent assembly. Nehru, the man who became India’s first Prime Minister, followed Dr Prasad and delivered his ‘rendezvous with fate’ speech.

However, the really interesting speaker was the one who spoke after Nehru, Chaudhry Khaliquzzaman, a Muslim League politician who fought for the division of India and the creation of a separate Pakistan. Khaliquzzaman moved to Pakistan in November 1947 after the partition, where he became the first president of the Muslim League (Pakistan).

Khaliquzzaman was in fact the one who seconded the resolution proposed by Nehru that all members of the Assembly should take the oath of dedication in all humility to the service of India and its people.

Chaudhry Khaliquzzaman was apparently chosen to be the voice of Muslims in the constituent assembly since the other speakers, Prasad and Nehru before him, and Dr S Radhakrishnan who spoke after him, were all Hindus.

Interestingly, the Congress had several Muslim leaders at the time who remained with India even after partition, but none of them were deemed fit to be the voice of Muslims in the assembly. Khaliquzzaman was apparently on good terms with Nehru and other Congress leaders at the time, so he was chosen as the voice of Indian Muslims despite the fight for a separate Pakistan from India.

Chaudhry Khaliquzzaman was initially associated with Congress, however, when the party failed to appoint Muslims like him to power after sweeping the United Provinces elections, he became disillusioned with the party, joined the Muslim League and began his support for a separate Pakistan.

Khaliquzzaman was born in Chunar, a city in the United Provinces (now Uttar Pradesh), and was one of the most prominent Muslim League leaders on either side of the partition. He initially remained at the time of partition, addressed the Indian Constituent Assembly and finally went to Pakistan in November 1947. In Pakistan, he became the first President of the Muslim League (Pakistan), later becoming Governor of East Pakistan. (current Bangladesh) before becoming ambassador to Indonesia and the Philippines.

Khaliquzzaman eventually died in Pakistan in 1973. In 1990, Pakistan Post issued a commemorative postage stamp in his honor as part of its “Pioneers of Freedom” series.