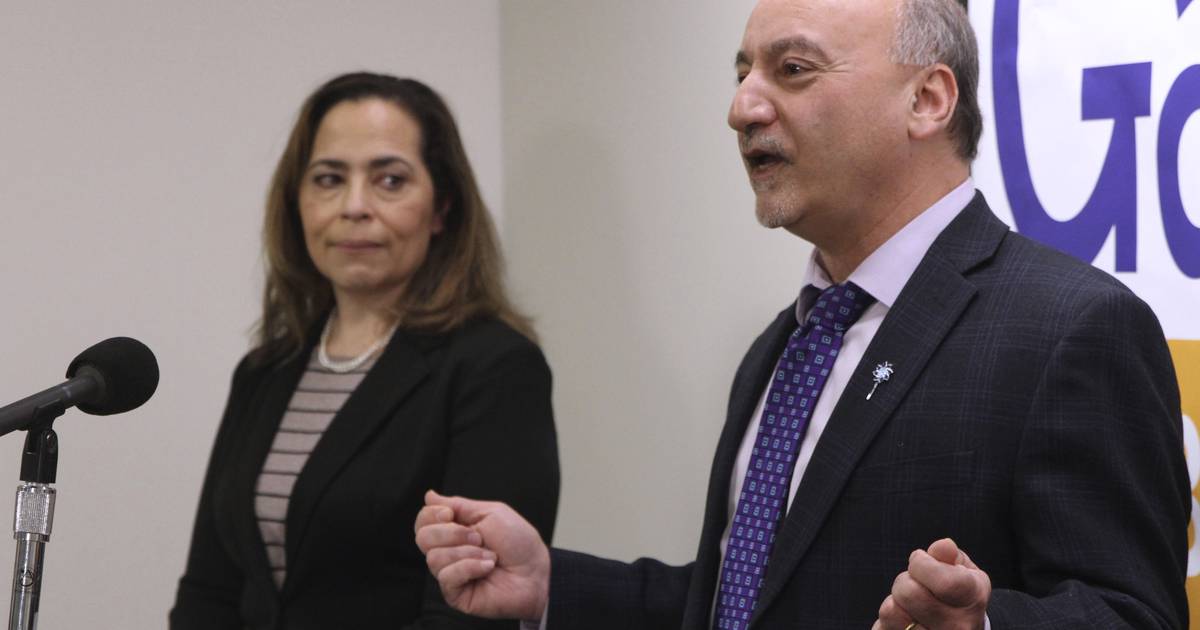 A governor should represent everyone, not just those with money and power

Good leaders represent everyone, not just those with outsized wealth and influence. That’s why I’m running for governor. It’s become a state where you thrive if you’re already successful, and you often get a cold shoulder if you’re not. Most Alaskans have turned on each other to fight for support for good schools, our children and elders, a PFD and things that make life better.

I believe our fish should benefit the Alaskans first, not the outside factory trawlers who dump over 1,000 tonnes of halibut, salmon and crab on the ocean floor.

I believe everyone deserves an equal voice in their government. This governor has allowed wealthy donors and lobbyists to spend as much as they want to get their candidates elected. Unlimited campaign spending drowns out your voices.

When our $500 limit on campaign contributions was overturned by a narrowly divided 2-1 court last year, I and others called on Governor Mike Dunleavy to appeal that decision. He refused.

The court then ordered him to appeal this decision or to explain his refusal. He again refused to appeal. When he was called upon to introduce legislation to establish new campaign donation limits, he again refused. I will pass the campaign spending limits.

We need to support good schools, job training, renewable energy projects and anything that creates opportunity. This governor is supporting $1.2 billion in unjustifiable government subsidies to the world’s richest oil companies. He spent his first three years in office saying we were too poor to support schools and the things that create a future for people.

Today, with Russia’s invasion of Ukraine, oil prices have skyrocketed. Crippling oil prices gave the state government a temporary boost in oil revenues. Temporary blood money is not a blueprint for the future.

Before the war in Russia caused this spike in oil prices, the governor proposed the same “plan” that we will see again if he is re-elected, and with which I disagreed.

After being elected, he tried to cut a devastating quarter billion dollars from our public schools.

He has twice tried to drain $1 billion from Alaska’s energy cost equalization fund, which Alaska needs to reduce energy costs.

Without a plan, he then tried to take an additional $3 billion from our permanent fund. It would have been the biggest raid on the Permanent Fund in state history. Republican and Democratic lawmakers blocked that raid.

For three years it made us too poor to move schools and needed construction, renewable energy and local community projects. He pleaded poverty while giving $1.2 billion in state grants to the world’s wealthiest oil companies.

I think we should use Alaskan oil, while there’s still global demand, to fund jobs, world-class schools, world-class renewable energy projects, and anything that helps build a better future.

That is why I voted against these unaffordable subsidies to oil companies as a legislator. As a state senator in 2013, Dunleavy voted to sign them into law.

I voted for responsible resource development. But as owners of Alaskan oil, we should be equal partners with the oil industry, not junior partners.

I believe the massive and toxic Pebble mine threatens our largest salmon runs. Governor Dunleavy has spent your money on lawyers to side with Canadian executives at the Pebble Mine and against Alaskans who depend on fish for food, livelihood and sport.

This governor spent millions to subsidize private mining roads. Responsible projects are self-sufficient. In the Susitna Valley and the Kobuk River region, he spent your money to support the mining prospects of companies, most of which we know little about. I agree with former Governor Jay Hammond: if mining can’t pay for itself, we shouldn’t use the people’s money to subsidize it.

Jessica Cook and I grew up without our parents and without privilege. We know from experience that putting people first and creating opportunity for all issues.

Jessica has put children first as a teacher and elected education officer.

I voted to put our students, our children, our seniors and our future as a legislator first.

That is what we will do as governor and lieutenant-governor.

Les Gara is a former state legislator and assistant attorney general in charge of civil lawsuits against Exxon after the Exxon Valdez oil spill. He lives in Anchorage.

The opinions expressed here are those of the author and are not necessarily endorsed by the Anchorage Daily News, which welcomes a wide range of viewpoints. To submit a piece for review, email comment(at)dna.com. Send submissions of less than 200 words to [email protected] Where click here to submit via any web browser. Read our full guidelines for letters and comments here.